Xi calls for China, Taiwan to set aside differences

Anti-China sentiment has been simmering in Taiwan ahead of hotly contested mayoral elections this month. 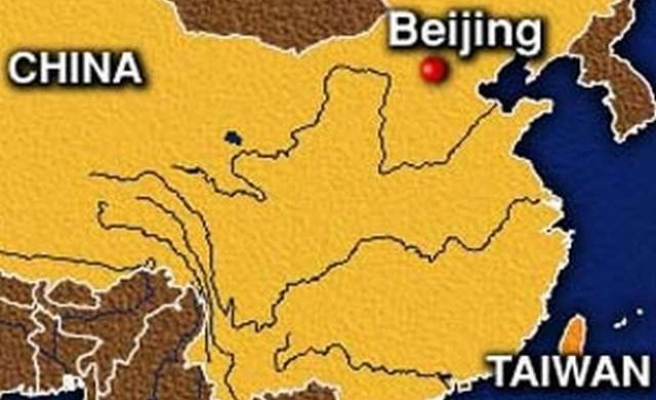 Chinese President Xi Jinping called on Taiwan on Sunday to set aside their differences after a rocky patch in ties that saw Beijing rebuke the island for supporting pro-democracy protesters in Hong Kong.

Xi told Siew that "it was unavoidable that the two sides would encounter difficulties and resistance due to some differences", state news agency Xinhua reported.

"(We) must respect each other's choice of development path and social system," Xi said, apparently referring to Taiwan embracing capitalism and democracy and China adhering to socialism and authoritarianism.

Taiwan's President Ma Ying-jeou riled China last month when he urged Beijing to move toward a more democratic style of development and reiterated his support for demonstrators in Chinese-ruled Hong Kong who were calling for full democracy.

Anti-China sentiment has been simmering in Taiwan ahead of hotly contested mayoral elections this month.

The two sides have been ruled separately since 1949 when Nationalist troops retreated to Taiwan after losing a civil war to the Communists on the mainland. China, which claims Taiwan as its own, has sought to push the island into diplomatic isolation and vowed to attack if the island formally declared independence.

President Ma and his predecessors have never been able to attend an APEC summit, despite the island being a member, due to arm-twisting by Beijing. Taiwan's top delegate to previous APEC meetings have been either business leaders or retirees such as Siew, a former vice president.

Siew told a news conference that the two sides "moving towards peaceful development was not easy to come by and should be cherished".

Xi's meeting with Wang was especially significant as the highest-level bilateral meeting to take place within China.

Wang described the atmosphere of the meeting as "harmonious".

When Xi met Siew and Wang at the Bali APEC summit last year, the Chinese president ruffled Taiwan's feathers by telling them that a political solution to a standoff over sovereignty lasting more than six decades could not be postponed forever.

Bilateral relations have been patchy this year.

In October China and Taiwan traded barbs after a Chinese state-run newspaper accused Taiwanese intelligence operatives of trying to recruit Chinese students studying on the island to spy on China upon their return home.

China's top official in charge of ties with Taiwan, seeking to charm the island, was forced to cut short his first-ever visit there in June following violent protests.

Taiwan's parliament building was occupied from March for weeks by hundreds of protesters angry at a pending trade pact that would open 80 of China's service sectors to Taiwan, and 64 Taiwan sectors to China.