"Yanardag", a natural gas fire in capital Baku of Azerbaijan, awaits to be included in UNESCO Heritage List 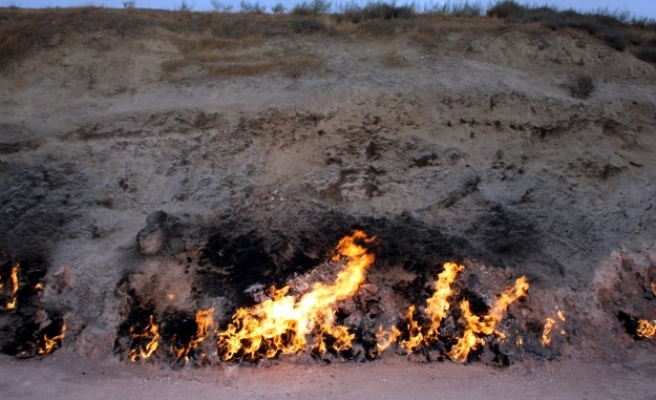 "Yanardag", a natural gas fire which is an attraction center for tourists in the capital Baku of Azerbaijan, is waiting for entering UNESCO World Heritage List.

Deputy Director General of Yanardag National Parks Hamil Cabbarow told Anadolu Agency that it was not known how long Yanardag had been blazing.

In addition, Cabbarow said that during World War II, Russia wanted to put out the fire in case it might become a guideway for German army and got bombed, however could not manage.

"We arranged the necessary documents and sent them to UNESCO for "Yanardag", wishing it to be registered into the heritage list. About 150 tourists visit "Yanardag" everyday," added Cabbarow.

"Yanardag" is a natural gas fire which blazes continuously on a hillside on the Absheron Peninsula on the Caspian Sea near Baku. Flames jet out into the air 3 metres from a thin, porous sandstone layer. Unlike mud volcanoes, the Yanardag flame burns fairly steadily, as it is not a periodic eruption, but a steady seep of gas from the subsurface.