Zalmay Khalilzad: Man of peace or pieces for Afghanistan?

Dubbed ‘viceroy’ and ‘Pashtun chauvinist’ by many, undeterred Khalilzad resumes task to bring life in talks with Taliban 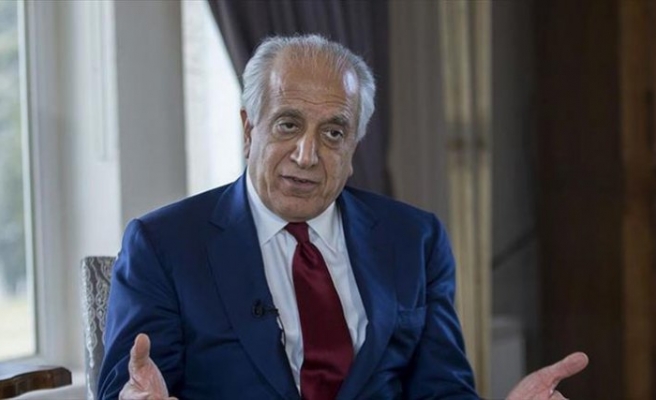 Having served as the highest-ranking Muslim in the U.S. administrations under four presidents, Afghanistan-born Zalmay Khalilzad has resumed his daunting task of reviving talks, with Taliban insurgents.

Since the collapse of the post-Soviet regime in Kabul, to the rise and fall of Taliban, Khalilzad's diplomatic endeavors in Afghanistan at times were seen with deep suspicion but also with profound optimism.

Born to a prominent Afghan family in the northern city of Mazar-e-Sharif in 1951, he graduated from Beirut-based American University in the 1970s. Other graduates of this university included incumbent Afghan President Mohammad Ashraf Ghani.

They earned a nickname of “Beiruti boys”, that is the group of Afghans, who studied in Beirut and then choose to live in the U.S. later.

Joining the U.S. State Department as a fellow in 1984, Khalilzad rose to the rank of highest-ranking Muslim in the administrations, where he served over four decades.

Last year the Kabul administration’s young National Security Adviser, Hamdullah Mohib, accused him of "delegitimizing" the elected Afghan government, by excluding it from his peace negotiations with the Taliban and also acting like a "viceroy."

The head of the Afghan Institute of Strategic Studies, Davood Moradian, in an article last week, called him as someone unable to leave his “Pashtun ethnic chauvinism” behind.

In 2017, he was even considered for the post of secretary of state in the Trump administration. But a year later ended up being appointed as a special envoy to Afghanistan.

Within a month of his taking charge, Khalilzad shared the table with the Taliban in the Qatari capital Doha on Oct. 12, 2018, followed by three back-to-back rounds in the next three months in Doha and Abu Dhabi.

He also kept shuttling between a number of world capitals to lobby for his peace plan.

A major breakthrough emerged in February this year when the Taliban’s Deputy Head Mullah Abdul Ghani Baradar was released from prison by Pakistani authorities and flown to Qatar for the fifth round of talks.

This round saw the two sides engaging in a marathon 16-day-long negotiations, raising prospects for a deal.

In late April and early May, negotiators from the two sides again met behind closed doors holding intense sixth round of talks for nine days, suggesting that the two sides have settled the issue of withdrawal of foreign troops.

In return, the Taliban was believed to have guaranteed that Afghanistan territory would not be allowed to be used by terrorists. But no official announcement was made.

After the seventh and eighth round of talks held in June and August respectively, the Taliban and the U.S. started talking of making progress amid an array of speculations and concerns raised by various quarters over the Kabul administration’s absence from these negotiations.

Finally, the concluding ninth round in Doha -- lasted between Aug. 22- Sept. 1 -- produced a draft peace accord. Khalilzad flew to Kabul to discuss this document with the Afghan government.

Deal so near but too far

In an interview with Afghanistan's Tolo News on Sept. 5, Khalilzad unveiled contours of the agreement under which the U.S. forces would vacate five military bases in Afghanistan within 135 days after signing the deal.

He added the U.S. President Donald Trump will decide at which level the deal will be signed between the officials from the two sides i.e. Taliban and the U.S.

He said the return of the 'Emirate’ (Taliban's regime 1996 - 2001) is not acceptable and Washington wants a government in Afghanistan be formed through negotiations.

This came days after the Taliban stormed Baghlan and Kunduz provinces killing over 200 people.

After all this exercise amid intense fighting launched by the Taliban against government forces, President Trump in his indomitable style put brakes on concluding the deal.

He revealed that Afghan President Ashraf Ghani and Taliban leaders were scheduled to meet him separately at Camp David, Maryland, but incensed at the violence perpetuated by the Taliban, he has canceled the meeting.

"Unfortunately, in order to build false leverage, they admitted to an attack in Kabul that killed one of our great soldiers and 11 other people," Trump said in a tweet.

"If they cannot agree to a cease-fire during these very important peace talks, and would even kill 12 innocent people, then they probably do not have the power to negotiate a meaningful agreement anyway," said Trump.

Ever since, Afghanistan is once again witnessing intense clashes, amid various initiatives to reinvigorate peace talks in different world capitals. Once again testing times for the diplomatic skills and resilience of Zal. Time will tell, whether he makes a mark to bring peace to war-torn Afghanistan or drive it to pieces by further fueling animosity between the warring groups.