Australia has updated their travel warning and has banned its citizens from travelling to Mosul in northern Iraq. 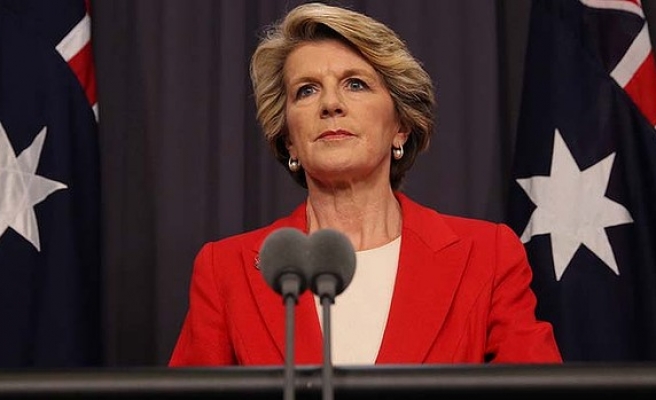 Australia on Monday barred its citizens from travelling to Mosul in northern Iraq, in a push to combat what the government calls growing radicalisation among young Australian Muslims, some of whom have fought overseas with militant groups.

The announcement by Foreign Minster Julie Bishop comes ahead of a planned offensive, perhaps as soon as April or May, to retake Mosul with a contingent of U.S.-trained Iraqi and Kurdish force of 20,000 to 25,000.

It is the second time Australia has used a tough new law barring overseas travel to specific areas, following a ban on the province of Raqqa in Syria, a key strategic hub for ISIL.

"The government is determined to stop Australians joining the terrorist conflict in Iraq and Syria and supporting terrorist organisations," Bishop said in a statement.

Last month the Pentagon said it had sent 10,000 U.S. M-16 rifles and other military supplies worth about $17.9 million to Iraq as U.S. troops pushed ahead with training and supplying Iraqi security forces battling ISIL fighters.

Under tough new security powers won by conservative Prime Minister Tony Abbott in October, Australian citizens can face up to a decade in prison for overseas travel to areas declared off limits.

The move was part of a broader crackdown on what Abbott calls a growing threat posed by Australians radicalised whilst fighting overseas with Islamist militant groups such as ISIIL, or various al Qaeda-affiliated groups.

In September, the United Nations demanded that all countries make it a serious criminal offence for citizens to travel abroad to fight with militant groups, or recruit and fund others to do so, in a move sparked by the rise of ISIL.

Security analysts have put the number of foreign fighters in Iraq and Syria, travelling from scores of countries around the world, in the thousands.

Australia is on high alert for attacks by radicalised Muslims or home-grown militants returning from fighting in theMiddle East. In December two hostages and a radical self-styled sheikh who had sought to align himself with Islamic State were killed in a Sydney hostage siege.

Abbott, who recently warned that the balance between freedom and security "may have to shift", is also pushing controversial data retention laws he says are needed to tackle security and criminal threats.