Prime minister hails TPP as 'gigantic foundation stone for our future prosperity', but others not so sure 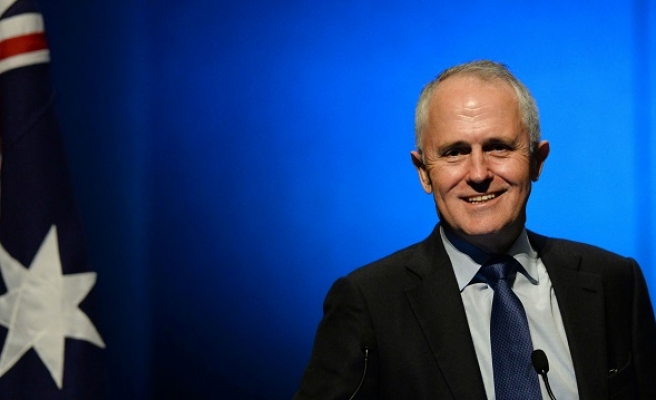 A deep divide is emerging between Australian winners and losers in the Trans-Pacific Partnership (TPP), one of the world's most ambitious trade agreements.

Sealed in Atlanta last week, the TPP has been hailed by Prime Minister Malcolm Turnbull as "a gigantic foundation stone for our future prosperity" which will deliver jobs and growth.

Extolling Trade Minister Andrew Robb for his role in steering the deal, Turnbull referred to it as "a great outcome that would open up markets across the whole Pacific, which is 40 percent of the world economy”.

But the Australia Institute, an independent policy think-tank, has serious reservations, arguing that the TPP is “over-promising” and will “under-deliver”.

“The TPP has very little to do with free trade and is more about locking Australia into agreements on regulatory structures,” said senior economist at the Institute Matt Grudnoff.

Grudnoff told Anadolu Agency over the weekend that the TPP “is not in Australia’s national interest because the cost outweighs the benefits”.

“Claims that this agreement will bring major economic benefit are contradicted by both government-commissioned analysis and experience with the U.S. [trade] agreement,” he said.

Signed but yet to be ratified; the TPP will establish common labor, environmental and legal standards among signatories.

University of Melbourne Professor Adrian Hearn, known for his analysis of the TPP, told Anadolu Agency that the agreement is fundamentally about investment.

“That’s why people refer to it as a 21st-century trade agreement,” he said.

“It doesn’t deal in the conventional sense with trade. It deals with what are referred to as ‘behind the border’ issues; what happens to money once it’s inside another country.”

Included in the TPP are contentious Investor State Dispute Settlement (ISDS) provisions, which mean foreign-owned companies will have the power to sue the Australian government for decisions that adversely impact their investments in Australia.

Hearn expressed concerns about a lack of safeguards to protect the government from lawsuits by disgruntled companies.

“We already have 21 bilateral investment treaties that all contain ISDS provisions,” she said.

“But a significant difference is that the U.S. is captured in the TPP agreement and U.S. companies are accustomed to bringing claims under these mechanisms,” she added, referring to a 2012 incident when tobacco company Philip Morris used the ISDS clause in the Hong Kong-Australia bilateral investment treaty to sue Australia.

The case is still in arbitration.

Trade Minister Robb pushed hard during negotiations to carve out the tobacco industry from the ISDS provisions.

This protects the right of participating nations to adopt public health measures to reduce tobacco use and prevents tobacco companies from using the TPP to launch legal attacks on such measures.

Underlining increasing health concerns about alcohol, she said this is just one example of an industry that could be affected by a legislation change that would introduce stricter measures to combat alcohol consumption.

Health and environment activists are up in arms about the lack of transparency of the negotiations.

One of Australia’s largest online activist groups, GetUp, notes that “while Minister Robb resisted pressure to extend pharmaceutical monopolies from five years to eight, an initial read of the text reveals that five years has been set as a 'minimum' – which could pave the way for extensions.”

Intellectual property provisions lay a roadmap for the future and strengthen copyright patents, especially in medicine.

The provisions favor the U.S. as a major producer of pharmaceuticals by protecting products from being copied by generics companies.

Australia, on the other hand, imports most of its pharmaceuticals.

Voon said Robb would have agreed to the ISDS provisions as a bargaining tool to retain the five-year pharmaceutical monopolies.

On Saturday, U.S. Senate Finance Committee chairman Orrin Hatch -- whose support will be crucial to passing the TPP deal -- slammed Robb for refusing to budge on the time limit for intellectual property protections for biological medicines.

Hatch wanted it extended to 12 years and claimed Australia was “greedy”.

Fairfax media reports that Australia’s clear winners from the TPP are expected to include producers of beef, dairy, grain, wine, horticulture, and a vast array of services all seeking to expand into lucrative Asia-Pacific markets slated to contain 3 billion middle-class consumers within 15 years.