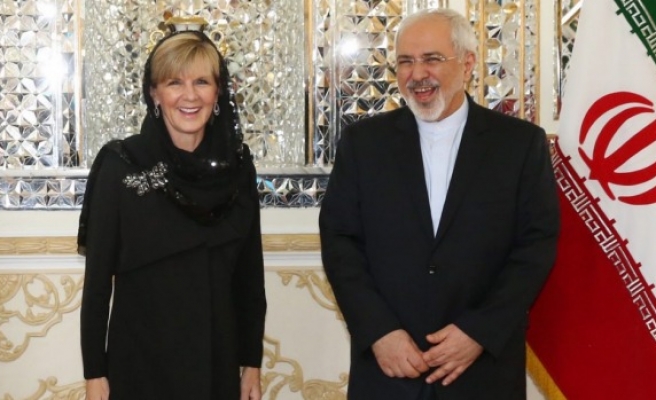 Australia hopes to send nearly 9,000 Iranian migrants back to their homeland under a new deal with Tehran, Australian media reported Wednesday.

Australian Foreign Minister Julie Bishop was reported to be negotiating an agreement with her Iranian counterpart, Javad Zarif, to end Tehran's longstanding refusal to accept the return of Iranian asylum seekers.

Under the repatriation agreement expected to be signed by Zarif when he visits the Australian capital, Canberra, on March 15, Australia would secure guarantees from Iran that Iranians who returned home would not be persecuted or punished.

The deal was reported to cover almost 9,000 Iranian asylum seekers, including about 400 in Australian-funded immigration centers on Pacific islands.

Most live in Australia. It is not clear how many of them are genuine refugees who could not be sent back to Iran, but Australia regards the majority to be economic migrants seeking better jobs, rather than refugees.

Australia has refused to resettle them while Iran refuses to take them back.

The new agreement would reflect Tehran's determination to improve relations with the West in the wake of last year's landmark nuclear accord.