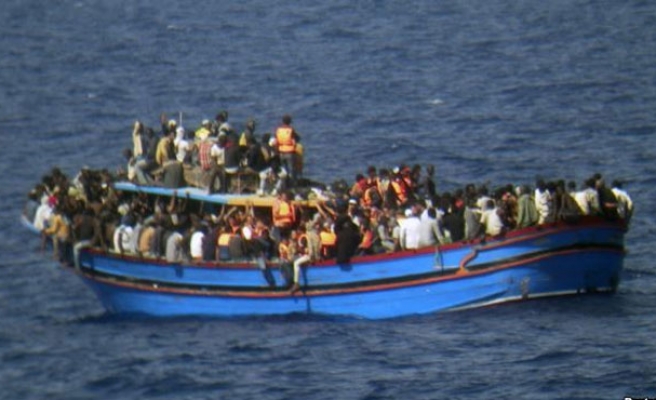 Australia has intercepted a boatload of Sri Lankan asylum seekers off the coast of Indonesia, handing back all but one to Sri Lankan authorities, who arrested them for breaching immigration laws.

The Sri Lankans are the first to be turned back in five months as Australia's highest court hears a test case challenging the government's right to intercept asylum seekers' boats outside its territorial waters.

One passenger was accepted for further processing and 37 were returned to Sri Lankan authorities, Morrison said in a statement.

The individual will go to one of the offshore processing camps the government runs in Papua New Guinea and the tiny South Pacific nation of Nauru for further processing, he added.

The rest are being held in custody and will face court, the Australian Broadcasting Corp. reported, quoting Sri Lanka's superintendent Ajith Rohana.

"Investigations are being conducted by the anti-people smuggling unit of the Criminal Investigation Department," Rohana told the broadcaster.

The number of asylum seekers reaching Australia pales in comparison with other countries but it is a polarising political issue, on which Prime Minister Tony Abbott campaigned heavily before last year's election win.

The United Nations High Commissioner for Refugees has intervened in the test case, reflecting the level of international concern over Australia's treatment of asylum seekers on the high seas.