Australia not to rush intake of Syrian refugees

Minister defends resettling of just 26 Syrian refugees out of a promised 12,000 by stressing need to check applicants are not national security risk 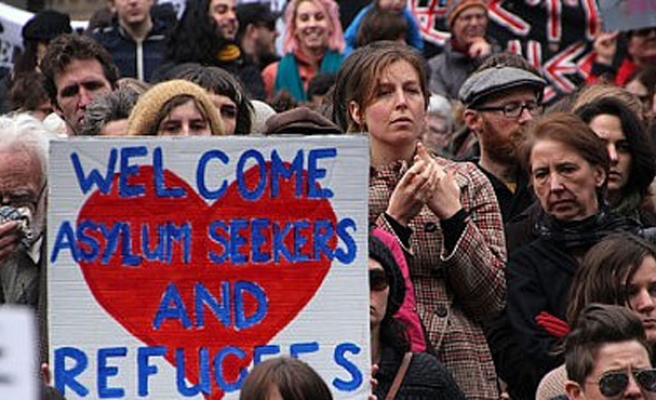 Australia's immigration minister has responded to criticism over the country resettling just 26 Syrian refugees five months after announcing an emergency intake of 12,000 by stressing that security checks would not be rushed.

Peter Dutton defended the procedures for screening applicants by underlining Thursday the need to assure the public that those accepted would be genuine refugees and not pose a threat to national security.

“I’ve said from day one that we are going to conduct biometric screening and enhanced security checks, including working with our partners… to make sure we can check the bona fides of people that seek to come to our country,” he told ABC TV from Washington.

“The Australian public demands that the Australian government does everything possible to make sure first and foremost our national security is protected and secondly to make sure we are bringing the right people into our country,” he added.

Immigration officials revealed at a Senate estimate hearing last week that just 26 Syrian refugees had arrived in Australia since the 12,000 intake was announced in September.

The number is in stark contrast to the number of refugees received by Canada. In just three months it has flown in more than 20,000.

The number of registered refugees in Turkey, meanwhile, has risen around 600,000 during the same period, according to the latest United Nations High Commissioner for Refugees figures.

As of Feb. 15, the UNHCR put the total number of refugees in Turkey at 2.5 million. In September it was 1.9 million.

Dutton insisted Thursday that while thousands of applicants had been screened, Australia was awaiting further security checks with intelligence allies.

“We want to extend a hand of welcome to those people who are in desperate need of a new life because… in the case of Syria or Iraq, they have suffered at the hands of terrible people or they have been displaced from their homes, or whatever the case might be,” he said.

The comments came a day after Labor's immigration spokesman Richard Marles had calling the number taken in by Australia "pitifully small".

"The government made it pretty clear they would seek to relocate the people as quickly as possible," The Sydney Morning Herald quoted him saying.

"Dutton needs to explain why the go-slow." Meanwhile, the CEO of the Refugee Council of Australia has accused the government of dragging its feet on an issue in which he said other countries have been fulfilling their promises, The Australian reported.

“It is a shame for all concerned that the Australian resettlement program is so bogged down in bureaucratic delays, when the governments of Canada and New Zealand have proven that it is possible to move much more swiftly,” Paul Power said in a statement.