Former tennis star John Alexander, who represents a Sydney district for Turnbull's Liberal Party, announced he was resigning after being unable to determine if he had inherited UK citizenship from his immigrant father. 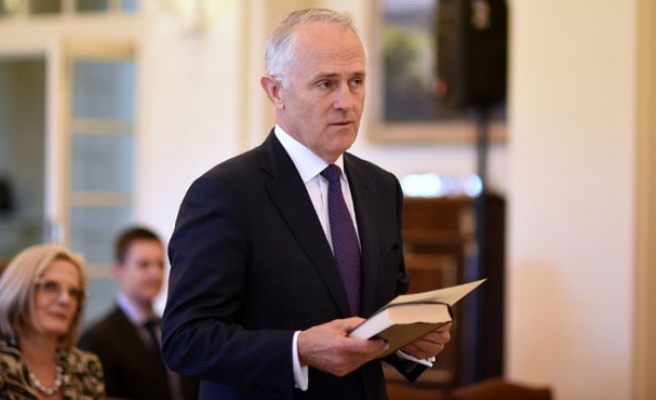 Embattled Australian Prime Minister Malcolm Turnbull lost his grip on parliament when another of his coalition's MPs resigned Saturday, the latest victim of a constitutional crisis over politicians who hold dual citizenship.

His resignation followed an October 27 ruling by Australia's High Court that forced five other politicians to quit parliament because they had fallen afoul of a previously obscure constitutional rule that bars dual citizens from sitting in the Senate or lower house.

The five included deputy prime minister Barnaby Joyce, leader of the rural-based National Party, which rules in a coalition with the Liberals.

When parliament convenes on Monday without Alexander, Turnbull will control only 74 of the 150 seats in the House of Representatives, with the opposition Labor Party holding 69. Minor parties and independents fill the remaining seats.

"As of today, no matter which way you look at it on the floor of parliament, this is now government without a majority. It's a prime minister without authority," he said.

Turnbull brushed aside the likelihood of a no-confidence vote or setback on key legislation. "There is no question of that happening," he said in Danang, Vietnam, where he was attending a regional summit.

In announcing his resignation, Alexander said the High Court ruling had forced him to examine his own citizenship status, even though he was born in Australia.

"I have always believed that I am Australian and solely Australian," he said at a press conference.

"I can no longer, with sufficient certainty, maintain the belief that I have held through my 66 years," added Alexander, who played tennis professionally in the 1970s and 80s, at one point rising to world number 8.

"It is my obligation that I must resign and that's what I will do."

- By-elections due -
Alexander will now have to run in a by-election in Sydney's Bennelong district to return to parliament, and that race is expected to be competitive.

Joyce similarly needs to run for re-election in his Queensland constituency next month, though he is heavily favored to retain his seat.

Turnbull, anxious to recover his parliamentary majority, challenged Labor on Saturday to come clean over its members who might hold dual citizenship through their spouses, parents or grandparents.

"Labor should now seriously consider whether their members who admitted they were UK citizens... should do the right thing, resign from parliament now and the by-elections could be held on the same day as the by-election for Bennelong," he said.

In a bid earlier this week to end the crisis, Turnbull proposed a plan that would make it compulsory for all MPs to formally declare they are not dual citizens and provide evidence to support it.

Labor has so far snubbed the idea.

The dual citizenship rule was originally inserted into the 1901 constitution to ensure parliamentarians were loyal solely to Australia.

However, critics say it is out of step with the modern reality of the country, where 50 percent of the population are either foreign-born or the children of immigrants.