Police said the man, who had his passport suspended about a week ago, had apparently displayed a flag linked to the militant group the ISIL at a local shopping mall 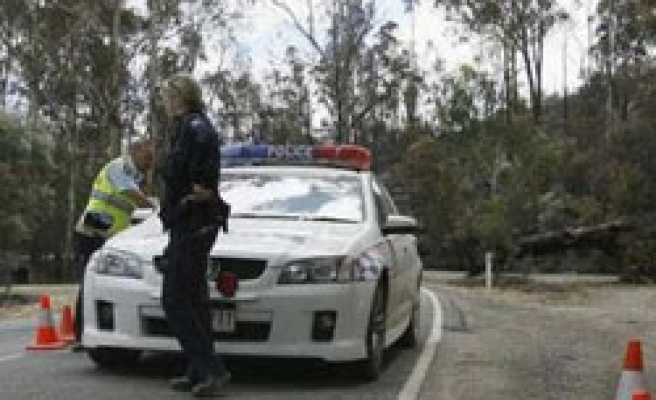 Australian police shot dead a teenager after he stabbed two counter terrorism officers, days after sweeping raids involving hundreds of police thwarted what they said was an imminent plot.

Australia, a staunch ally of the United States and its escalating action against the ISIL in Syria and Iraq, is on high alert for attacks by home-grown militants returning from fighting in the Middle East.

Security has been tightened at public places, including Parliament House in Canberra where police are armed with assault rifles, and at major sports events.

The 18-year-old, named in parliament as Abdul Numan Haider, was asked to attend a police station in the southern state of Victoria on Tuesday night because his behaviour was "causing concern", police said.

"This was a planned and agreed meeting that was to occur at the Endeavour Hills police station. When these two police officers approached him, they were stabbed, one very seriously," Victoria Police Chief Commissioner Ken Lay told reporters on Wednesday.

"One of the injured police discharged his firearm, fatally wounding the 18-year-old."

Police said the man, who had his passport suspended about a week ago, had apparently displayed a flag linked to the militant group the ISIL at a local shopping mall and had been "of interest" to police for months.

Local media reported he was of Afghan origin and that he had been shouting insults about Prime Minister Tony Abbott and the government before he was shot. The Australian Broadcasting Corp said Haider had links to al-Furqan, a group in Melbourne that was raided by authorities in 2012.

"I can advise that the person in question was a known terror suspect who was a person of interest to law enforcement and intelligence agencies," Justice Minister Michael Keenan told reporters.

Both officers were in a stable condition in hospital on Wednesday, with one undergoing surgery after he was stabbed in the head, stomach and neck.

Earlier this week, Abbott warned Australians the balance between freedom and security "may have to shift", as he outlined broad new powers to crack down on suspected militant activity.

"Obviously, this indicates that there are people in our community who are capable of very extreme acts," Abbott said from Hawaii, where he was en route to New York for a meeting of the U.N. Security Council which is expected to address the issue of foreign fighters.

The Islamic Council of Victoria, a leading Muslim group, called on the government to deal with "the root causes of alienation and disaffection", while the president of the Lebanese Muslim Association said threats had been made.

"Right-wing extremists - I don't want to give them the liberty of mentioning their names - but they have made a certain amount of threats not just of attacking mosques, but bombing mosques," Samier Dandan told reporters.

Australia is concerned over the number of its citizens believed to be fighting overseas with militant groups, including a bomber who killed three people in Baghdad in July and two men shown in images on social media holding the severed heads of Syrian soldiers.

Abbott has said that at least 100 Australians are in the Middle East either fighting with or supporting ISIL or other militant groups, a number that he said has increased in recent months.

At least 20 are believed by authorities to have returned to Australia and pose a security risk, and some 60 people have had their passports cancelled. Earlier this month, the national security agency for the first time raised its four-tier threat level to "high".

Highlighting the threat posed by returning fighters, Australia was swift to commit troops and aircraft to a U.S.-led coalition fighting ISIL militants in Iraq and Syria earlier this month.

The United States and its Arab allies on Tuesday bombed militant groups in Syria for the first time, killing scores of ISIL fighters and members of a separate al Qaeda-linked group.

More than 800 police were involved in a security operation in Sydney and Brisbane last Thursday, which authorities said had thwarted a plot by militants linked to the ISIL group to behead a random member of the public.