Ukraine and Australia have signed an intergovernmental agreement on cooperation in nuclear energy use for peaceful purposes. 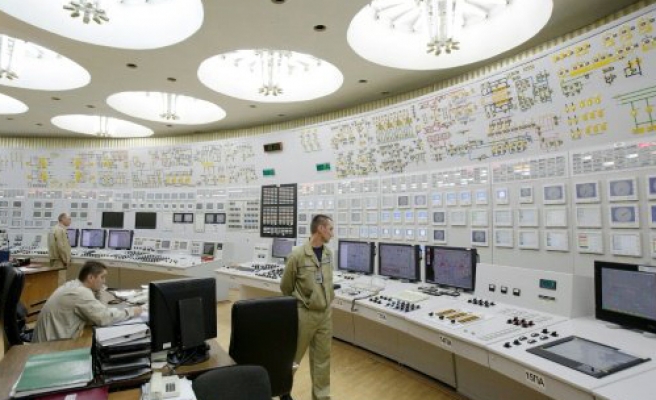 Ukraine has previously expressed interest in buying the material, as well as coal, from Australia, the world's third-ranking uranium producer behind Kazakhstan and Canada.

"This agreement provides Ukraine with the opportunity to diversify its energy supply," Bishop, who is in Washington for a nuclear security summit on reducing stockpiles, said in a statement.

"All exports of Australian uranium will be subject to internationally agreed security standards and will be strictly controlled to ensure Australian nuclear material is only used for peaceful purposes."

Under the agreement, the use of Australian nuclear material for the development of weapons or explosive devices is strictly prohibited, Bishop added.

Sales to Ukraine, a signatory of the Nuclear Non-Proliferation Treaty, would also boost links between the two nations in other nuclear-related activities such as safeguards, security and science, the minister said.

Stronger ties between Canberra and Kiev have been forged since the downing of Malaysia Airlines MH17 in rebel-held eastern Ukraine in July 2014 in which 298 people died, including 38 Australian citizens and residents.

Australia and Ukraine were among a group of countries that pushed for a United Nations resolution to establish a special tribunal to try those responsible for shooting down the flight. The move was vetoed by Russia.

Ukraine is one of the world's biggest generators of nuclear power and the explosion at its Chernobyl plant remains the world's worst atomic accident in terms of lives and cost.

The agreement comes as Kiev is battling an economic crisis that saw growth shrink about 10 percent last year while annual inflation soared to more than 43 percent.

Australia does not use nuclear power largely due to its abundance of low-cost coal and natural gas reserves. In 2014-15, it exported 5,515 tonnes of uranium worth Aus$532 million (US$409 million).

Australia has agreements to export uranium to 43 states and territories, with Canberra last year singing a landmark deal to sell it to India, which has not signed the Nuclear Non-Proliferation Treaty.