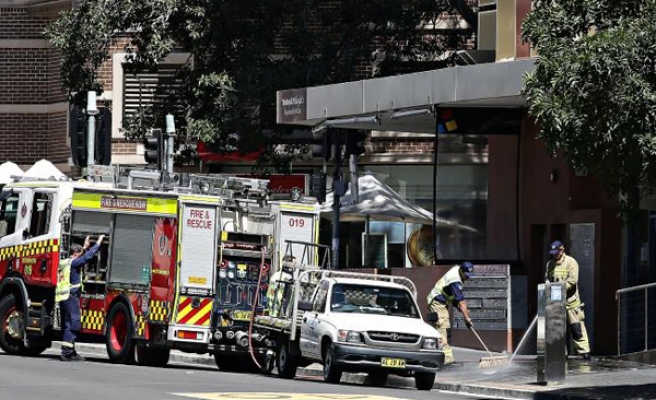 Australian police linked the fatal shooting of a police force member by a 15-year-old to “terrorism” Saturday.

An employee of the New South Wales (NSW) police finance department was shot dead while leaving work Friday afternoon in the Sydney suburb of Parramatta. The suspect was killed when officers at the police headquarters returned fire.

“We believe that his actions were politically motivated and therefore linked to terrorism,” Andrew Scipione, NSW police commissioner, told reporters in Sydney on Saturday.

“We're a long way from establishing a full picture of this man, his exact motivations still remain a mystery to us,” the Australian Associated Press quoted him as saying. “We are exploring every avenue with regard to why he did what he did.”

Police have identified the suspect as Farad Jabar Khalil Mohammad, who was born in Iran of Iraqi-Kurdish background, according to ABC News.

The broadcaster cited an unnamed senior police source as saying the teenager had used a revolver to shoot Curtis Cheng, whom he did not know.

An unnamed senior law enforcement source told the ABC that there “is a fair bit of information that he acted alone."

The 15-year-old had been "carrying on" outside the Parramatta headquarters before Friday’s shooting, and “drew attention to himself to the extent some people caught it on their iPhones," according to the source.

“The Muslim community are our absolutely necessary partners in combating this type of violent extremism,” he said, according to the AAP.

Referring to terrorism as among the challenges Australia faces, he stressed that “they must never divert us from our commitment to being free Australians, working together to ensure we achieve our common goals.”

Investigations into the incident by a strike force are underway, as police work to determine the history and ownership of the revolver used in the shooting.

The ABC reported that a search warrant on the suspect’s residence was executed Friday night, with police confiscating "laptops and iPads."