Immigration Minister Scott Morrison said the new rules were designed to stop the flow of asylum seekers from Pakistan, Iran and Afghanistan into Indonesia. 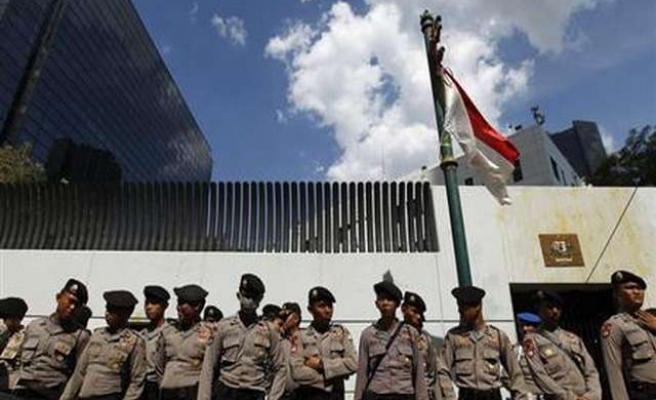 Australia's conservative government on Wednesday defended its decision to stop asylum seekers passing through Indonesia from settling in Australia, a move that could leave Indonesia with thousands of refugees from the Middle East.

The government announced late on Tuesday that asylum seekers who registered with the U.N. High Commission for Refugees (UNHCR) in Indonesia after July 1 would no longer be eligible for resettlement in Australia.

Australia will continue to resettle some refugees who registered earlier, but it has cut the number of allocations, making for a much longer waiting period in Indonesia before being resettled.

Immigration Minister Scott Morrison said the new rules were designed to stop the flow of asylum seekers from Pakistan, Iran and Afghanistan into Indonesia.

"We're taking the sugar off the table," Morrison told ABC Radio on Wednesday. "People smugglers are smuggling people into Indonesia for the purpose of trying to get resettlement in Australia."

Indonesia's foreign ministry said the only way to halt people smuggling was through a "comprehensive approach" that included the origin, transit and destination countries.

"What's clear is that this is Australia's policy and it will be implemented by them alone," Foreign Ministry spokesman Michael Tene told reporters in Jakarta.

Indonesia would take "necessary measures" if Australia's move sparked a rise in asylum-seekers staying in Indonesia, he added, but declined to outline the measures.

Australia and Indonesia resumed intelligence and military cooperation just three months ago after a months-long rift over Australian spying on former President Susilo Bambang Yudhoyono, his wife and other top Indonesian officials.

The number of asylum seekers reaching Australia pales in comparison with other countries but it is a polarising political issue, on which Prime Minister Tony Abbott campaigned heavily before last year's election win.

The UNHCR had recorded 10,623 asylum seekers and refugees in Indonesia, awaiting resettlement as of April, when about 100 people were registering at its Jakarta office each week.

Morrison declined to say whether Abbott and Indonesian President Joko Widodo discussed the change at the weekend G20 Leaders Summit in Brisbane, but said Indonesia was "fully appraised" of the decision before it was made public.

"We are happy to work with Indonesia in any way we can to reduce the number of people in Indonesia, but not through the process of encouraging more people to come to Indonesia because they think they will get a visa to Australia," he said.