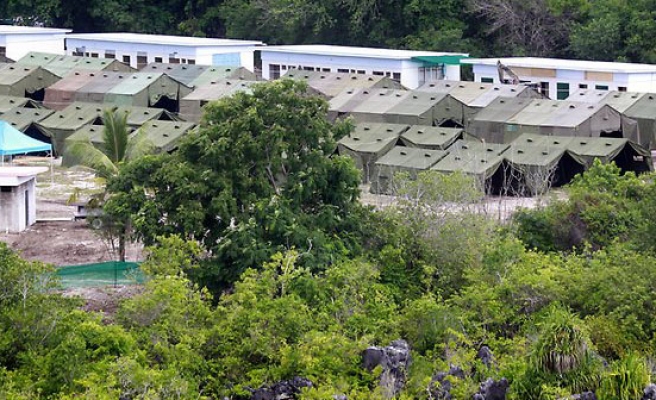 Doctors battling to stop a 12-month-old asylum seeker's baby from being deported to an offshore refugee detention center have been told by the Australian government that immigration laws must be abided by.

The Australia-born baby known as Asha has been receiving treatment at Brisbane's Lady Cilento Children's Hospital since last month after she suffered accidental burns from boiling water on Nauru, where she had detained with her parents since she was five months old.

The Australian Associated Press (AAP) reported Monday that doctors are refusing to discharge the infant, who has recovered, until "a suitable home environment is identified".

Scott Morrison, former immigration minister, told 2GB radio that the government would continue to “hold its line, absolutely, completely” despite it not being “an easy decision”.

"That is what has been successful in getting the outcome that we've had in terms of the grisly business of people getting on boats," he said.

"The risk of departing from the policy in any way, shape or form basically sends an invitation for the trade to recommence,” he said in defense of the policy of not offering resettlement in Australia to any asylum seekers who travel by boat.

Meanwhile, Prime Minister Malcolm Turnbull refused to comment on the case of Asha, but insisted that "no decision would be taken which would imperil the health or security of any individual".

"We're managing this policy with great care, and with great compassion," news broadcaster ABC quoted him as saying.

"But it is a difficult job, because we have to do it in a way that gives no incentive to the people smugglers."

Queensland's Labor government has, however, expressed support for the doctors’ decision, with its premier and health minister calling on Turnbull to show compassion.

"My government stands absolutely ready to look after the people who are due to be sent back to Nauru -- we stand ready, willing and able to do that," AAP quoted Premier Annastacia Palaszczuk as saying Sunday.

Vigils and rallies have been held outside Lady Cilento hospital since Friday night.

On Sunday, more than 100 protesters marked Valentine's Day by urging Turnbull and Immigration Minister Peter Dutton -- who has yet to comment on the issue -- to show Asha some love.

"I feel strongly that these babies, these children, we need to look after them," Katherine Thornley, a mother who joined the rally with her two young daughters, told the agency.

"[I] just want to let [Asha's mother] know we are here and we are supporting her," she added.

Earlier this month, the High Court ruled in favor of the country’s offshore detention policy, resulting in 267 asylum seekers -- including 91 children, 37 of them babies born in Australia -- facing imminent deportation.