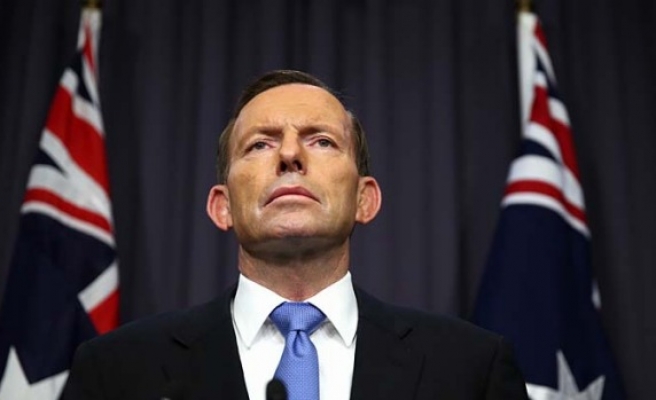 Australian Prime Minister Tony Abbott came under pressure on Monday to take in more migrants to help ease a crisis sparked by tens of thousands arriving in Europe.

Abbott on Sunday announced that Australia would allocate more spaces in its 13,750 annual intake quota to those fleeing violence in Syria, but did not plan to boost the overall intake, sparking criticism from across the political spectrum.

Photographs of a Syrian toddler lying dead on a Turkish beach brought home to the world the horror faced by those desperate enough to travel illegally into the heart of Europe. But Austria said it planned to end emergency measures that have allowed thousands stranded in Hungary into Austria and Germany and move step by step "towards normality".

"Labor believes it isn't good enough for the government or Mr. Abbott to simply say that they will take more refugees, but from within the existing level of refugees scheduled to be taken by this country," opposition leader Bill Shorten told reporters.

Australia's tough stance on asylum seekers, which Abbott argues is necessary to stop deaths at sea, has been strongly criticized by the United Nations and civil society groups.

But Abbott on Monday credited those policies, which include turning back asylum seeker boats at sea and indefinite detention in remote Pacific island countries, with creating an environment conducive to helping more refugees.

"We can do this responsibly because of the changes on our own borders over the last year or so. It is in fact the Australian government which is now in charge of those who come to us under our refugee and humanitarian program," he told parliament.

In the year ending June 30, about a third of the people allowed to settle in Australia are from Syria and Iraq. The government has plans to gradually increase the annual total intake to 18,750 places by 2018-19.

New Zealand on Monday also announced a one-time "special emergency intake" of 600 refugees from Syria, on top of the 150 its takes in annually under a quota system.