The apology, in the form of a letter to Ambassador MA Zhaoxu, came after Australian Prime Minister Tony Abbott and China's Ministry of Foreign Affairs condemned his remarks aired on television 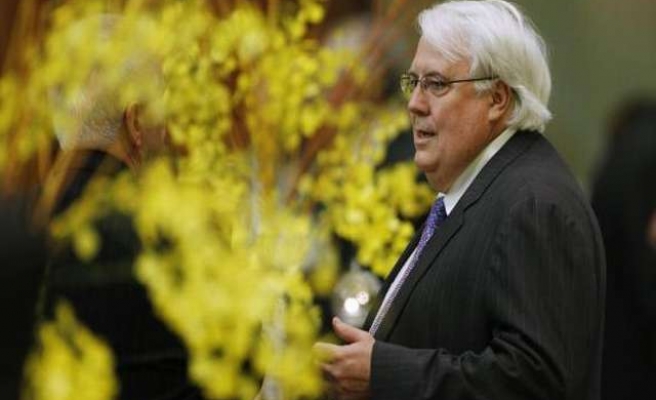 Australian mining magnate and politician Clive Palmer has apologised to China's ambassador to Australia for a tirade in which he referred to the Chinese government as "bastards", setting off a firestorm in Canberra and Beijing.

The apology, in the form of a letter to Ambassador MA Zhaoxu, came after Australian Prime Minister Tony Abbott and China's Ministry of Foreign Affairs condemned his remarks aired on television on Aug 18.

"I regret any hurt or anguish such comments may have caused any party and I look forward to greater understanding for peace and cooperation in the future," Palmer, whose Palmer United Party holds the balance of power in parliament's upper house, wrote in a letter addressed to the ambassador.

Palmer released the letter dated Aug. 25 to the public on Tuesday. The Chinese embassy could not be reached for comment.

Palmer later insisted the live-to-air comments were directed at a Chinese company he's battling in court, not the Chinese government or people.

"In keeping an open mind, I now come to the realisation that what I said ... was an insult to Chinese people everywhere and I wish to assure them they have my most genuine and sincere apology," he wrote. "I am sorry that I said the things I said on the program."

Palmer has been a thorn in the side of Abbott's government since his Palmer United Party won three seats in Australia's senate at last September's elections.

After holding the new senate hostage over the repeal of Australia's controversial carbon tax for weeks as he haggled for concessions, he has now vowed to block the budget in its current form.