The blistering 200-page report accused Australia's immigration minister of deliberately misleading the public to cast blame on the riot's victims. 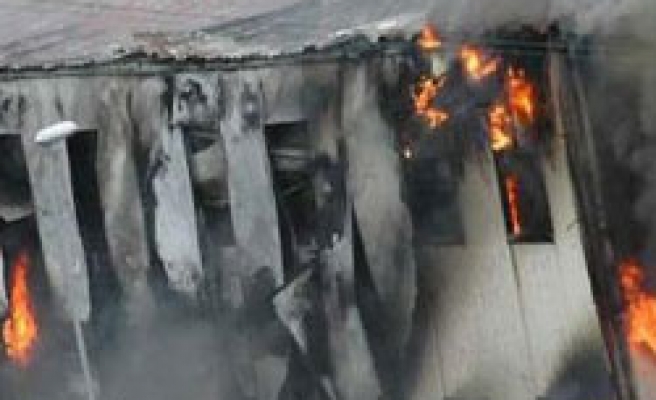 The Australian government failed to protect asylum seekers in its custody during a deadly riot at an immigration detention centre earlier this year, and as such was guilty of human rights abuses, said a Senate inquiry report released on Thursday.

The blistering 200-page report also found that staff from security company G4S took part in the violence, and accused Australia's immigration minister of deliberately misleading the public to cast blame on the riot's victims.

One asylum seeker, Iranian citizen Reza Barati, was killed and more than 70 injured during riots in February at one such facility on Manus Island in Papua New Guinea.

A rapid influx of new asylum seekers, together with a lack of any clear pathway for the assessment of their asylum claim, resulted in the "eminently foreseeable" result of the riots, the Senate committee found.

"The inability of the centre's infrastructure to cope with this influx, combined with the complete absence of any clear refugee status determination and resettlement framework to deal with these asylum seekers, created an environment where unrest and transferee protests were the inevitable result," it said.

The long-delayed inquiry, prepared by parliament's Legal and Constitutional Affairs References Committee, recommended that Australia "acknowledge and take responsibility for violations of human rights" during the riots.

It blasted Immigration Minister Scott Morrison, saying that he sought through repeatedly misinforming the public on the details of the riots to "unfairly apportion blame to the asylum seekers themselves for the violence that was done to them".

The report was mixed in its assessment of British-based G4S, which at the time provided security for the facility, praising it for safely containing much of the early protest activity.

"It is undeniable that a significant number of local service provider staff, as well as a small minority of expat staff, were involved in the violence against transferees," it added.

The majority of the violence was the responsibility of the Papua New Guinea police, the committee found, which used "extreme and excessive force" to put down the protests.

"The mountain of evidence submitted to this inquiry all points to one undeniable fact: the Manus Island centre is untenable and must be closed down now," she said.