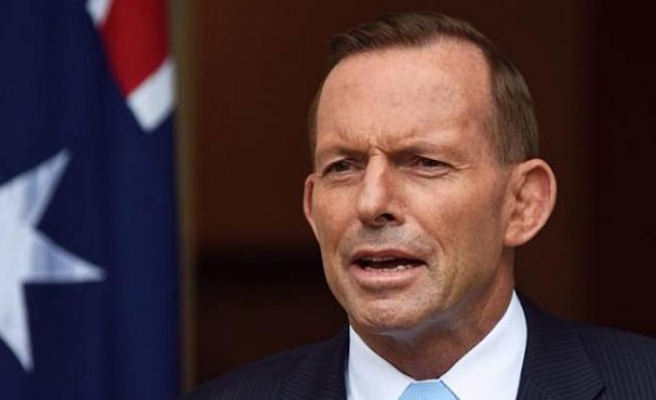 Australian Prime Minister Tony Abbott called Saturday for Indonesia to be “responsive” to pleas to spare the lives of two men facing execution in the coming fortnight, local media reported.

"Millions of Australians are feeling very, very upset about what may soon happen to two Australians in Indonesia," Abbott said at a charity event in Sydney.

"My plea even at this late stage is for Indonesia to be as responsive to us as it expects other countries to be to them when they plead for the life of their citizens."

Drug smugglers Andrew Chan, 31, and Myuran Sukumaran, 33, are due to be executed by firing squad before the end of the month and Indonesia has begun making arrangements to carry out the executions.

Abbott told the Daily Telegraph newspaper that Australia had not decided how it would respond to the executions, including whether to withdraw its ambassador, but said: "We will find ways of making our displeasure known."

ABC News reported that Abbott cautioned that Australians’ anger would be compounded by the memory of the aid sent to Indonesia following the 2004 Boxing Day tsunami.

Abbott’s remarks follow Foreign Minister Julie Bishop’s warning that Australians may boycott Indonesia if Chan and Sukumaran are executed. Calls for a boycott have been growing on social media.

Indonesia's Foreign Ministry has confirmed it has invited diplomats from the countries that have nationals facing execution this month to a meeting on Monday to discuss the logistics of the executions. Authorities are planning to execute 11 before the end of the month.

A date for the executions will not be discussed at the meeting but family access and media arrangements will be. Ministry spokesman Arrmanatha Nasir said officials representing Australia, Ghana, France, the Philippines and Nigeria had been summoned.

Last month, Indonesia executed five foreign nationals. On that occasion the diplomatic meeting took place the day before the execution date was announced, with the executions following 72 hours later.

Chan and Sukumaran, both from Sydney, are currently being held in Kerobokan prison on Bali and will be transported to Nusakambangan prison island, off the southern coast of Java, for execution. The others to be executed are held in jails across Indonesia.

Celebrated Australian artist Ben Quilty, a friend of the condemned men, said on returning from visiting them in prison that obvious preparations for the executions were causing anguish.

The men’s legal team insists the fight to save their lives is not over. Todung Mulya Lubis said they were challenging Indonesian President Joko Widodo’s blanket refusal to grant clemency to drug convicts on death row, in what he admitted was a final chance of saving the pair.

On Friday evening, Laica Marzuki, a former constitutional judge in Indonesia, told ABC’s 7.30 program that Indonesia would be acting unlawfully if it sent Chan and Sukumaran to the firing squad.

“The death penalty is against the constitution,” he said.

In 2007, the Constitutional Court ruled that someone on death row for 10 years and substantially rehabilitated could have their sentence commuted to life, Marzuki added.

Chan and Sukumaran have been at the center of high-level efforts to have their sentences revoked after 10 years on death row.

They led a gang, dubbed the Bali Nine, which attempted to smuggle 8.3 kilograms (18 pounds) of heroin valued at $3.2 million from Indonesia to Australia in April 2005. The other seven gang members were sentenced to life terms.