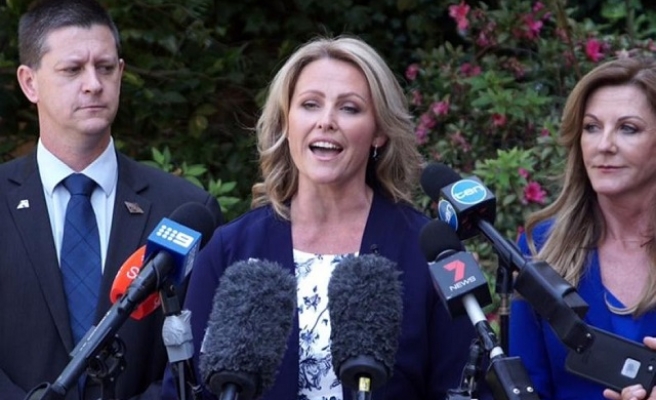 A Dutch anti-Islam activist was both cheered and howled during a media conference in Western Australia on Wednesday, held to announce senate candidates for a newly formed right-wing political party.

Protesters utilized a microphone in an effort to drown out Geert Wilders as Australian Liberty Alliance (ALA) announced its Senate candidates.

"Say it loud, say it clear, racists are not welcome here," they shouted as Wilders spoke in a garden at Perth's Parliament House.

The 52-year-old, meanwhile, attempted to get his message across.

"[The party is] not into political correctness" and would fight to "stop the immigration... stop the multiculturalism", the Australian Broadcasting Corporation reported him as saying.

The ALA is aligned to the Q Society, which refers to itself as “Australia's leading Islam-critical movement” and is modeled on Wilders’ Party for Freedom.

Its key policy is to “stop the Islamisation of Australia,” where Wilders was brought to officiate at Tuesday's federal campaign launch -- an invitation-only event at a secret location where media were denied entry.

But while Australia’s Muslim community was reported to have urged the Government to refuse his visa application -- he has been banned from other countries due to his anti-Islamic ideology -- others were more welcoming.

ALA President Debbie Robinson cried foul, referring to a delay in the processing as an “assault on our freedom of speech”.

Meanwhile, Lebanese Muslim Association President Samier Dandan told Fairfax Media that he had warned Prime Minister Malcolm Turnbull that Wilders' visit would fan the flames of Islamophobia and stressed the need for a united approach to combat violent extremism.​

The ALA manifesto states Islam is “a totalitarian ideology with global aspirations”.

“Islam uses the religious element as a means to project itself onto non-Islamic societies, which is manifest in the historical and ongoing expansion of Islam” it reads. “Islam does not accept the separation of religion from state, but seeks dominance over all aspects of human life and society.”

Proposals include a 10-year moratorium on all resident visa categories for applicants from member countries of the Organisation of Islamic Cooperation, mandatory labelling of products and services from companies that have taken out halal certification and the implementation of the "user pays" principle for halal certification schemes.

Under an ALA government, full face covering in public would be banned and it would be mandatory for Islamic organizations to formally accept “the supremacy of Australian law and universal human rights over Islamic doctrine and Sharia law”.

Associate professor at Perth’s Curtin University, Anne Aly, who heads a small team "countering online violent extremism research”, told Anadolu Agency on Wednesday that her concerns are that the ALA “is manipulating community fears for a political agenda, which is basically race and hate based”.

She highlighted that Q Society president Debbie Robinson has a long history of anti-Islam activism.

“The idea of Australia succumbing to sharia law and Islamisation is complete and utter stupidity and just propaganda used by groups like this to further their own divisive agenda,” she declared.

Ultimately she doesn’t think the party will get much traction.

“Australians in general are wary of anything that seeks to divide and undermine our social cohesion. We can witness this in our response to the Sydney Martin Place siege and the #illridewithyou hashtag,” she said.

The #illridewithyou hashtag, which went viral after the siege -- in which three people including the gunman were killed -- was the expression of an outpouring of sentiment to exhibit solidarity with Australia’s Muslim community.

“I don’t think they will ever develop into a robust political party,” Aly says.

“I would like to think we as a nation are mature enough to have an open discussion without resorting to name calling, fear-mongering and then getting defensive.”