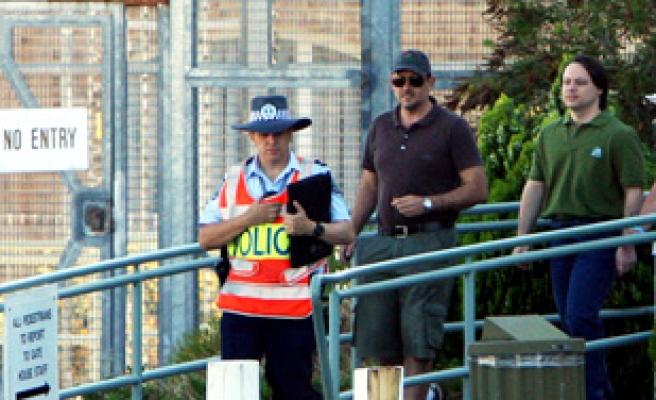 An Australian who was imprisoned at Guantanamo Bay for five years hurled abuse at Senator George Brandis at the 2014 Human Rights Awards.

“Hey, my name is David Hicks!” he shouted across the packed room as Brandis, who had been a government minister when Hicks was in the Cuba-based U.S. military prison from 2001 until 2007.

The interruption came as Brandis, who is now the country's Attorney General, was finishing a speech at Sydney's Museum of Contemporary Arts.

“I was tortured for five-and-a-half years in Guantanamo Bay in the full knowledge of your party. What do you have to say?”

Hicks and his father Terry were at the ceremony reportedly accompanying the former detainee’s barrister Stephen Kenny, who was nominated for an award.

Speaking to reporters after the incident, Hicks branded Brandis a “coward” for not responding to his shouted question.

Brandis later shrugged off the incident, claiming he was unaware of the heckler’s identity.

"You don't expect to run into a terrorist at a human rights awards event," Brandis told a senate committee hearing the following morning. "There was a random individual who turned out to be a terrorist, yelling at the side of a room for about three seconds."

"David Hicks, both in his book and also in his plea bargain document, confesses to acts which, under Australian law, we define as terrorism offenses," Brandis said.

Kenny expressed his dissatisfaction with the senator’s comments in an interview with SBS television. "Mr. Brandis should most certainly apologize -- David Hicks never was a terrorist and never will be a terrorist."

Hicks’ legal team has lodged an appeal in the U.S. military commission’s courts against his guilty plea and conviction for material support for terrorism.

Hicks, who was captured in Afghanistan in 2001 on suspicion of fighting alongside the Taliban, claims he was mistreated while in Guantanamo Bay and convicted on a statement of facts for which there was no evidence.

In 2007, he was transferred to a jail in Australia after pleading guilty to providing material support for terrorism – a confession he subsequently retracted, claiming it was obtained under duress. He was released at the end of the year.

In September, a superior court in the U.S. ruled that the charges he had pleaded guilty to were not war crimes.

The morning after the Human Rights Awards dinner, Kenny told ABC radio that Hicks’ outburst was not premeditated, and that he was confident Hicks would be cleared following the appeal.

Hicks’ heckling of Brandis occurred a day after the release of a U.S. Senate report that slammed the Central Intelligence Agency's post 9-11 interrogations as “brutal’ and “ineffective.”