Fate of Australia's embattled PM to be decided Monday 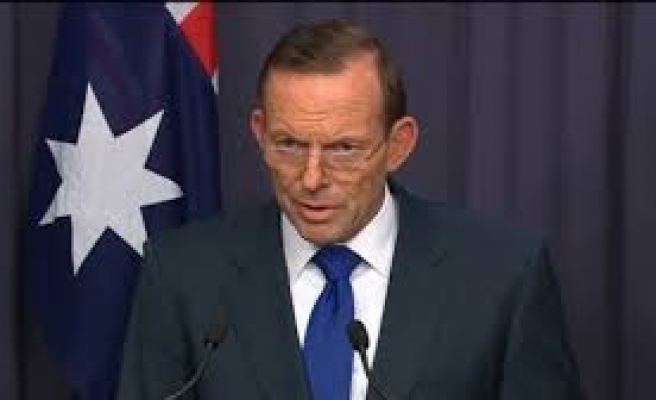 The crisis surrounding Australian Prime Minister Tony Abbott is set to be resolved Monday morning in a divided room of Liberal Party loyalists and dissidents, who will vote on whether to put his leadership up for grabs.

But even as Abbott gets ready to confront his colleagues, he has come under fire for making another contentious “captain’s call.”

After vowing to adopt a more “consultative” style, Abbott has upset his critics by bringing the spill motion for the leadership forward a day, just hours after Communications Minister Malcolm Turnbull praised him for keeping the party room meeting Tuesday as scheduled.

If the motion gets up, it is speculated that Turnbull -- who is retaining what has been described as “a strategic silence” and has not declared his hand -- will be Abbott’s main contender.

When asked by reporters Sunday if he planned to stand for the leadership if the spill succeeded, Turnbull replied, "that's a hypothetical question for the time being."

"It's very important to remember that the leadership of the Liberal Party is, as [former Liberal Party Prime Minister] John Howard says, the unique gift of the party room," he said.

"What that means is, members of the party room have got to have time to talk to each other... it's really important that we talk to our colleagues directly rather than giving them advice or lecturing them or trying to communicate with them through the media, through the megaphone of the media.

"If for whatever reason the leadership of a political party is vacant, then any member of the party can stand... without any disloyalty to the person whose leadership has been declared vacant."

Another figure being touted as a prospective contender for the leadership is Foreign Minister Julie Bishop, who appeared alongside Abbott on Saturday and will stand alongside him Monday to urge the party room to defeat a motion by two West Australian MPs for a spill of leadership positions.

The favored option is Turnbull as PM, with Bishop as his Deputy.

On Sunday, Turnbull and Bishop appeared together at a fundraising event in Turnbull’s electorate of Wentworth. The chemistry between them was notably warm, genial and relaxed as photographers captured the moment. As one Fairfax journalist noted, the photographs spoke for themselves.

Some members of parliament have described Abbott’s move to bring the spill meeting forward to Monday as “disrespectful.” Others said the move appeared “desperate.”

“Tuesday is the appropriate time to consider this issue with calm reflection rather than have the pressure of the clock on Monday,” Sinodinos told The Australian.

“This would show real respect for the party room and its views.”

Sinodinos told the newspaper that he would be voting in favor of the spill.

In his National Press Club speech last Monday, Abbott apologized to MPs disgruntled by his so-called "captain's calls," which include abandoning the paid parental leave scheme and granting knighthood to Prince Philip rather than an Australian.

"It will certainly be the most consultative and the most collegial government this country has ever seen," Sinodinos said.

Abbott has always been unpopular with women, and the latest poll of more than 2,000 women by the Mamamia Women’s Network shows that support has plummeted to a dramatic new low.

Forty-six percent of Australia’s most widely read women’s network wants to see Turnbull in the top job, where 22 percent would prefer Bishop and 14 percent want Abbott.

“Women have been suspicious of Tony Abbott ever since he tried to block the introduction of the abortion drug RU486 when he was health minister back in 2006,” said network co-founder Mia Freedman.