Day after ex-Guantanamo inmate found not guilty in U.S., lawyer tells AA it is almost certain he will be found not to have committed any crimes in Afghanistan. 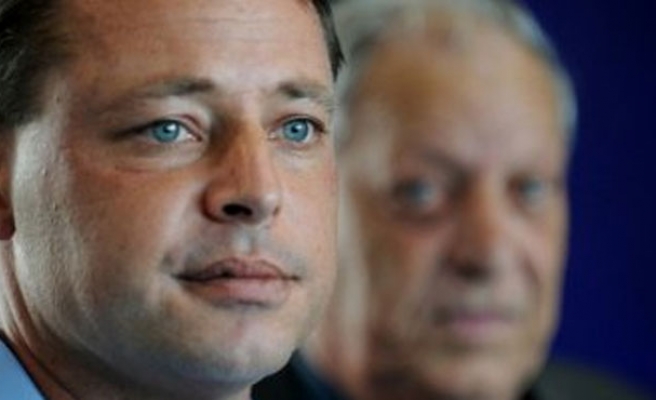 The lawyer for former Australian Guantanamo Bay inmate David Hicks, who has been found not guilty of a terror-related charge in the United States, has said he expects his client’s name to be cleared within a month.

With the official quashing of the conviction now only one legal step away, Stephen Kenny told The Anadolu Agency on Friday: It’s practically "a done deal" that Hicks will be found not to have committed any crimes during his time in Afghanistan.

Hicks was captured in 2001 at the age of 26 by the anti-Taliban Northern Alliance and was in the first batch of prisoners to be incarcerated at the U.S.-run jail in Cuba.

He was convicted in 2007 of "providing material support for terrorism" - a crime which he pleaded guilty to and which allowed him to return to Australia to serve the remaining months of his term.

He was also banned from speaking about the arrangement for a year but, in 2013, he launched an appeal against the conviction.

His case was put on hold by the U.S. Military Commission of Review pending a decision in the case of another detainee - Ali Hamza al-Bahlul, who was alleged to have been Osama Bin Laden's personal assistant - and one which mirrored his own.

Kenny - who said he had received official U.S. correspondence which acknowledged Hicks’ conviction was not valid - said: "In July last year, Bahlul had two of his three convictions set aside by the U.S. Court of Appeals.

"One of them was the same charge as Hicks - providing material support for terrorism."

"The court ruled that this charge ... which David had also pleaded guilty to, was not a valid criminal offense and did not exist in law, so the U.S. Military Commission is required to follow that as a matter of precedent," he said.

Kenny underlined that official correspondence he had received from the U.S. admitted that it could not confirm David’s conviction “because it’s incorrect in law and in fact”.

Since being imprisoned, Hicks was branded "one of the world's most dangerous people" by Australia's then Liberal Party attorney-general Daryl Williams in 2002, and a "terrorist" by its current attorney-general, George Brandis, at a recent human rights dinner,

Kenny agreed that the overturning of Hicks’ conviction could be politically awkward for Australian Prime Minister Tony Abbott's government, which has always maintained that he was a "dangerous man" who belonged in prison.

Civil Liberties Australia chief Bill Rowlings warned earlier this month that a decision to clear fellow Guantanamo inmate Noor Uthman Muhammed of the same crime as Hicks had put the federal government at risk of a multi-million dollar law suit from Hicks.

Rowlings said: "The lie that he was a terrorist who had committed a crime was promoted by the Howard government, notably Prime Minister John Howard and Attorney-General Philip Ruddock.

"But all their claims have now been officially admitted to be false and wrong in law."

He said that Hicks has every right to sue the government for false imprisonment "and for defamation for all the lies told about him."

Speaking on ABC radio on Friday, former military lawyer Michael "Dan" Mori - who defended Hicks during his time in Guantanamo Bay and now lives in Melbourne - was asked if he felt personally vindicated by the news that the U.S. was about to overturn Hicks’ conviction.

“There are probably two times [during] this process when I felt any sort of satisfaction: one was when David left Guantanamo; [the second] will be the day they officially remove his conviction ... and that day seems to be a lot closer,” Mori said.

Hicks has said he only pleaded guilty to escape the “indefinite solitary confinement I was suffering in Guantanamo Bay” - a time Kenny, who has known Hicks since 2004, told AA had “deeply affected him”.

He said: "It was extremely difficult for him there and he still suffers from the anxiety and concerns that arose from his treatment.

"When you put people in solitary confinement with indefinite detention it’s incredibly difficult for them to readjust when they come out."