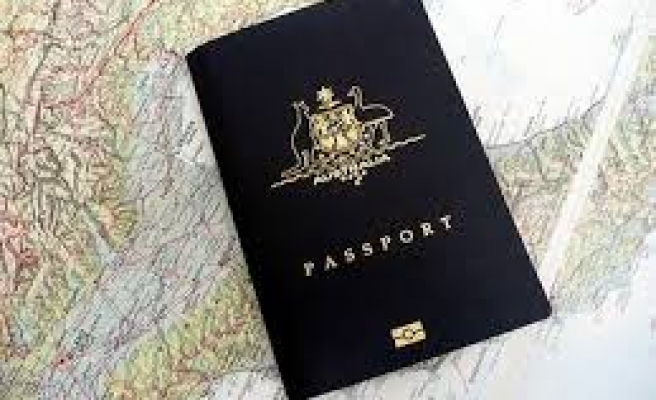 World Bulletin / News Desk
Prime Minister Tony Abbott has said that Australian-born citizens who become involved in "terrorism" will be stripped of some of their citizenship rights - one of a new raft of proposals he announced Monday to tackle terrorism.

"It has long been the case that people who fight against Australia forfeit their citizenship," Abbott - flanked by Australian flags - said in a televised speech from the capital, Canberra.

"So Australians who take up arms with terrorist groups, especially while Australian military personnel are engaged in Afghanistan and Iraq, have sided against our country, and should be treated accordingly," he said.

In the case of dual nationals, this would mean revoking or suspending their citizenship, he added, while other measures under discussion would target Australian nationals.

"These could include restricting the ability to leave or return to Australia, and access to consular services overseas, as well as access to welfare payments."

Among other measures, Abbott also signaled that the government would clamp down on hate speech in a effort to curb religious groups and preachers that he has previously suggested fuel extremism.

These include the Australian wing of Hizb ut-Tahrir - an international Muslim organization founded in 1953 that advocates a single Islamic state - or caliphate - in the Middle East under Islamic law.

"Organizations and individuals blatantly spreading discord and division - such as Hizb ut-Tahrir - should not do so with impunity," he said.

Hizb ut-Tahrir spokesperson Uthman Badar told The Anadolu Agency on Sunday that Abbott  -- who survived a leadership challenge earlier this month, although more than a third of his party's lawmakers voted against him -- was only attacking the organisation as he was using the country's Muslim population as a scapegoat to sew up his dwindling popularity.

“It’s a clear case of the prime minister using national security to shore up his personal job security and, more broadly, he’s pulling out the good old national security card to tap into the politics of fear to gain political points," Badar said.

On Monday, Abbott again focused on Muslims in Australia, suggesting that they were doing too little to counter extremism.

"I’ve often heard Western leaders describe Islam as a ‘religion of peace,’" he said in his address. "I wish more Muslim leaders would say that more often, and mean it."

He name checked Prime Minister Najib of Malaysia as an example of leader to be learnt from, who - he said - has described "the Islamist death cult as ‘against God, against Islam and against our common humanity’," and then moved on to Egypt's President Abdel Fattah el-Sisi.

"[El-Sisi] told the imams at Egypt’s al Azhar university that Islam needed a ‘religious revolution’ to sweep away centuries of false thinking," he said.

Abbott also warned Australians to expect more intrusions into their private lives to counter homegrown terrorism, and cited the journey overseas of more than 100 Australians to join ISIL as evidence, along with a doubling of the number of serious counterterrorism investigations in the country.

Earlier this month, two men were charged with planning terrorist attacks in Sydney, while in December, a gunman claiming to represent ISIL died along with two of his hostages during a siege at a downtown Sydney cafe.

On Sunday, a report into the siege was released. It made no direct links between the gunman and ISIL, although the man - an Iranian-born refugee - had asked for an ISIL flag during its duration.

"We don't believe that at any particular decision-making point grievous errors were made [during the siege], but the totality of decision-making let this monster loose in our community," said Abbott.

He said that a new security tsar would be appointed in the country soon.