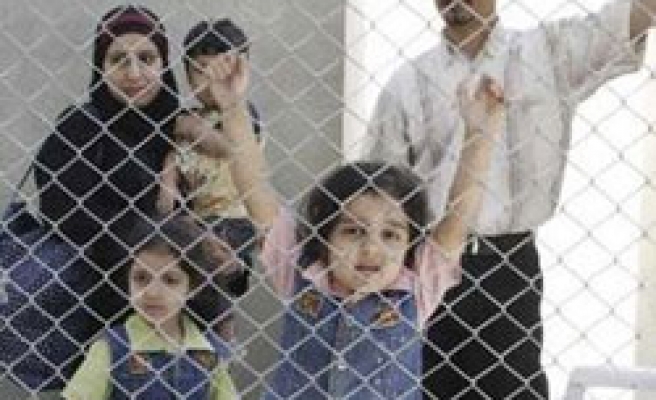 Irregularities in the tendering process to build one of Australia’s offshore immigration detention centers have been highlighted by local media.

The process that saw a 24.5 million Australian dollar ($20.5 million) contract awarded to Transfield Services was carried out without a key briefing document being filed, ABC’s Lateline program reported Wednesday night.

The show revealed that public finance experts are querying the previous government’s handling of the lucrative deal to build the center on the South Pacific island of Nauru in 2012.

A freedom of information search found a key document needed to set up the contract under Julia Gillard’s premiership does not exist, raising questions about whether the deal represented value for taxpayers' money, Lateline said.

According to the report, the Gillard administration gave Transfield unrestricted consent to decide the scope of the contract for Nauru, where nearly 1,100 asylum seekers are currently held.

“Since then, questions have persisted about the awarding of the initial $24.5 million contract and the absence of a tender process,” Lateline’s Jason Om said.

“Now, a freedom of information search by Lateline has found a key document to set up the contract, known as a brief... ‘does not exist.’”

The ABC program said there was no competitive tender process due to political pressure to restart offshore refugee processing and the total construction costs were still being finalized after the first asylum seekers arrived on Nauru.

Chris Bowen, immigration minister at the time, told Lateline he was confident the department had acted appropriately.

Refugees held on Nauru have been assigned for final settlement in Cambodia under a deal secured by Immigration Minister Scott Morrison in September.

The Australian federal government is reportedly building a new immigration detention center near Port Moresby in Papua New Guinea. Details of the project are unconfirmed but Morrison has confirmed that “an immigration transit facility” is being constructed and the ABC reported the facility will accommodate failed asylum seekers facing deportation.

Meanwhile, the release of a Senate inquiry report into a violent riot at the Manus Island center in February, in which Iranian asylum seeker Reza Barati was killed and 62 others injured, has been delayed.

More than 100,000 Australians have signed a petition demanding the federal government close the centres on Nauru and Manus.