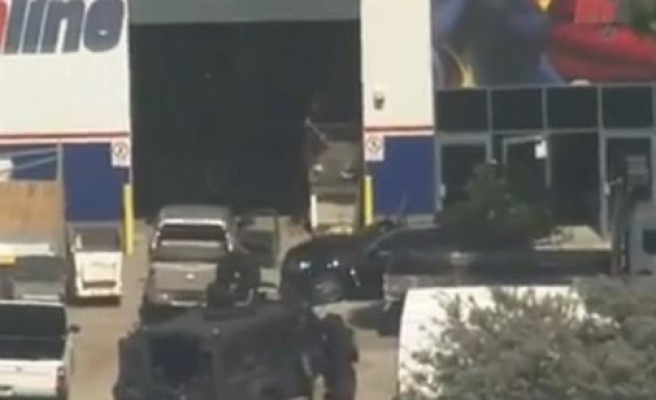 A gunman who killed one person and injured two others was found dead Monday after a lengthy police siege of an industrial estate in the Australian city of Sydney.

Police were alerted to gunfire just before 11:00 am, with heavily armed tactical response teams surrounding a signage business in the suburb of Ingleburn and shutting down nearby streets.

"One is undergoing emergency surgery, the other has superficial wounds to the lower part of his body."

Reports said the three were brothers and it was a domestic dispute rather than terrorism-related.

After a tense six-hour standoff, three more people walked free from the building after specialist police moved in. It was not known whether they had been threatened by the gunman.

Reports said the man appeared to have died from a self-inflicted gunshot wound.