To know Zaim Imamovic, one of the heroes who defended the country, was a great honor, says Bakir Izetbegovic 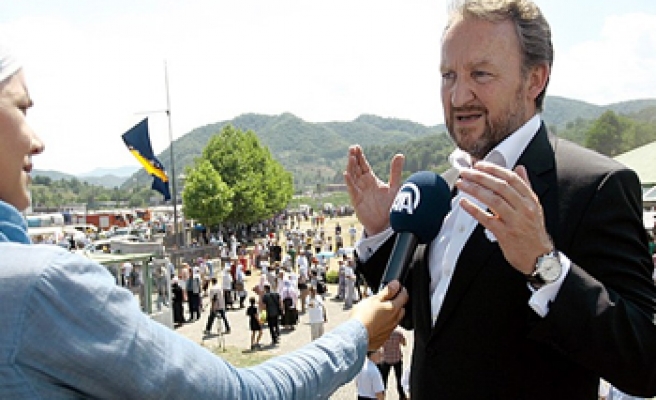 Memories of Zaim Imamovic, great fighter, commandant, hero and a great person are still the same as they were when we were together in the war fighting for Bosnia and Herzegovina, said Commandant Ahmet Sejdic today at a ceremony.

Sejdic added that the strength of the country they fought for is fading, but that the memories of the war commandant are still fresh.

He said that maybe the best way to evoke the war times with Imamovic would be to visit the mountains where the army units were located at the time and recall how the soldiers fought for the country in difficult conditions.

Attending the ceremony, Bosnian politician Bakir Izetbegovic, son of the late first President of the country Alija Izetbegovic, said that it was a great honor to know Imamovic.

"This is a way to preserve the memories of such people and their heroic value. We should all recall the suffer that lasted for years," reminded Izetbegovic.

"We should recall our struggle for survival, for life, for basic supplies. People, women and children froze to death. We should struggle with oblivion."

Bakir Izetbegovic laid flowers on Imamovic's grave located on the grounds of Ali Pasha mosque in Sarajevo, together with family members, war comrades, friends, and representatives of the Ministry of the Military Affairs of Bosnian Federation.

Zaim Imamovic was 34 when he died bravely in battle in the mountain Treskavica, south of the Bosnian capital Sarajevo in late 1995, near the end of the Bosnian war.