A new political movement from Albanians in Macedonia 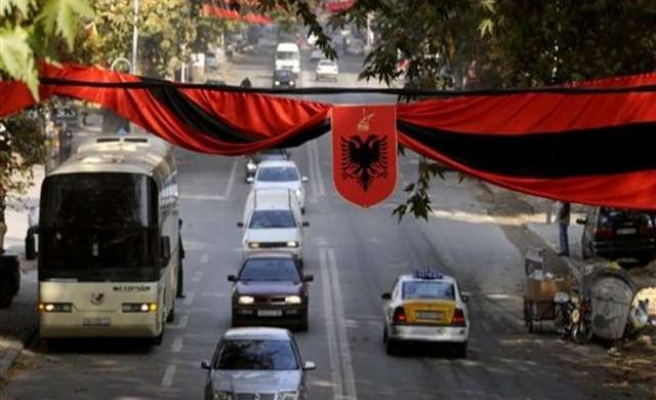 With the failure of the current leadership of Albanian political parties and their inability to gain a desired result, Albanian intellectuals in Macedonia have created a new party called BESA (Ahde Vefa).

The movement was officiated at a meeting held at a hotel in Skopje. The purpose and the objectives of as well as the names of the 52 board members and their duties were outlined. Dr Bilal Kasami will coordinate the movement  until the date for the first congress is finalised.

One of the founding members Afrim Gazi said that the main objective is for “to focus on the rights of the Albanians and other minorities  as well as  creating a symetrical  state system working for the principles of freedom and democrazy” and that at the same time “discrimination, fraiud, selective justice and other adverse issues that are are current will also be dealt with.

The founders summarize three foundations of which BESA is built on: originiality that is borne out of the needs of the nation; to be local and sourced from local sources and to be fully independent in all internal and external matters.

The directors emphasized that their members have a clear record and that up to now are very different from past polticians, saying, “Albanian politics belongs to people who have ambitiin and authority,  and not to people who have limited intellectual capital or those who have issues fail to understand human needs”. One of the most important differences was that “ the steps taken are in line with a vision and to realise this vision we will work with youth who are determined and prepared to take on this responsibility”.

They concluded by saying that they were not a seasonal party and that amongst their objectives was “To build a new way of thinking in Macedonian politics, and to bring back the hopes of the Albanians and to bring a new will to Albanian and other communities amongst the current failure of political parties”.

The Albanian community in Macedonia displayed great interest at the meeting which was attended by various academics and press.

The first congress of the party is planned within the next 6 months.