Three Serbian academics based in Britain analysed the doctoral dissertation of Interior Minister Nebojsa Stefanovic and concluded it was "heavily plagiarised". 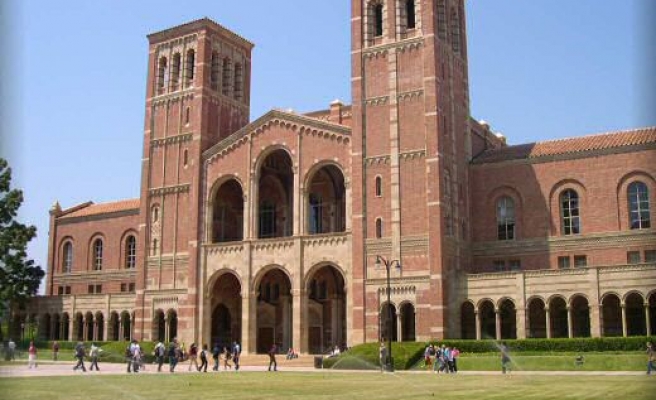 Serbia's prime minister leapt to the defence of his interior minister, a close ally, on Tuesday after three UK-based academics alleged the latter had plagiarised his doctoral dissertation.

The website that published their accusations was downed by online attackers.

Police launched an investigation into the attack on the Pescanik (Hourglass) website, which coincided with complaints by Europe's chief rights and security watchdog about what it called a "worrying trend" of censorship of online criticism of the government.

Pescanik on Sunday carried an article by three Serbian academics based in Britain who analysed the doctoral dissertation of Interior Minister Nebojsa Stefanovic and concluded it was "heavily plagiarised".

Stefanovic has denied any wrongdoing. He could not be reached by phone on Tuesday.

"I graduated from the state law faculty with the highest marks and I thought I knew a thing or two from that field, but I've never heard such a stupid argument in my life," Vucic told reporters.

The academics - law lecturer Ugljesa Grusic of the University of Nottingham, Branislav Radeljic, a senior lecturer in international politics at the University of East London and Slobodan Tomic, a PhD candidate at the London School of Economics - said the dissertation fell short of "the minimal technical standards" and contained a "staggeringly small number of footnotes".

On Sunday night, the Pescanik website came under sustained denial-of-service attacks and went offline. On Monday it said the attack had come from an IP address registered to the private Megatrend University - where Stefanovic received his doctorate in 2013 two years after his MA, while also serving as speaker of the Serbian parliament.

The university's dean, Mica Jovanovic, suggested the accusation was politically motivated, but the row has nevertheless revived long-running concerns over the credibility of higher education in the Balkan country, the power of political connections and the quality of the cadres serving in high public office.

Last week's accusation of state censorship from the Organisation for Security and Cooperation in Europe (OSCE) are particularly sensitive for Vucic, who served as information minister in the late 1990s when independent media were fined and shuttered under draconian legislation designed to muzzle dissent against then strongman Slobodan Milosevic.