The victim, Sabri Vlinga, died while he was working on a electricity pole at Roskovec in the flooded south of the country, the power company said in statement. 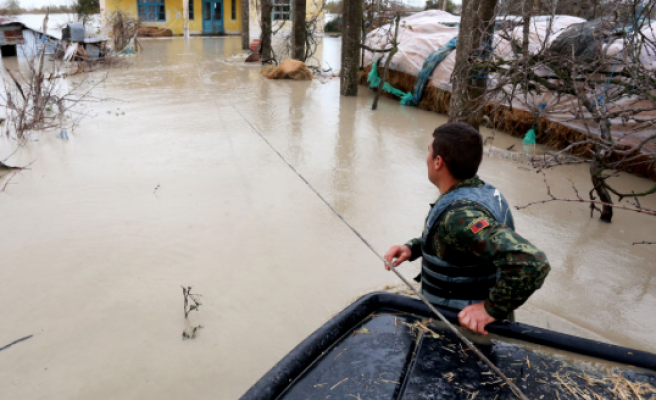 Thousands of police and soldiers have been deployed in Albania to rescue stranded residents after heavy rainfall triggered major flooding, and caused the death of a utility worker, officials and the power company said Sunday.

Two other people were injured in similar accidents. it added.

Some 6,400 police and soldiers have been sent to help rescue people stranded by the floods, Prime MInister Edi Rama said Saturday, calling the situation "very critical".

Around 1,500 people in the affected areas have been rescued, while several thousand homes were without electricity as many utility poles have been swept away by mudslides, said Shemsi Prenci, head of civil protection.

Army forces have built a temporary bridge at Darezeze, about 70 kilometres (44 miles) from the capital Tirana, to come to the aid of 2,000 residents stranded by the floods, the defence ministry said.

In neighbouring Macedonia, the heavy rains have also caused flooding as several rivers include the main Vardar river have burst their banks, the MIA news agency reported