Albania to auction off 40 Communist-era aircraft

The auction, which is expected to raise at least 445,000 euros, will include dozens of MiG-19, MiG-17 and MiG-21 fighter planes, once the jewels of the Albanian army 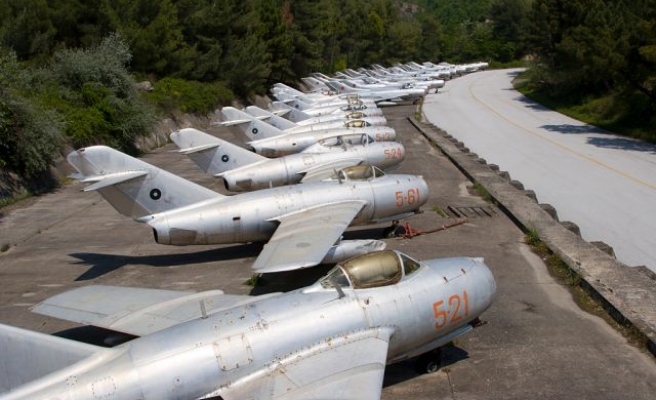 Albania will this month auction off some 40 military planes and helicopters from the Communist era, whose historic value has attracted interest of museums and private collectors, the defence ministry said Wednesday.

It will also include other planes and helicopters given to Albania by the Soviet Union and China in 1950s and 1960s, the defence ministry said.

"The authorities fixed a total price for all the airplanes and helicopters that will be put on sale but it will also sell them by piece, and the amount will be determined in accordance with the specifications and conditions of each of them," defence ministry spokeswoman Edlira Prendi told AFP.

The auction will take place in the capital Tirana on February 22.

"The value of these objects is only historic and they could only be used for a civilian purpose," the ministry said in a statement on its website.

The announcement of the sale has already caught interest of museums and private collectors in Greece, Germany, France and the United States, Prendi said.

French Air and Space Museum in Le Bourget near Paris has expressed interest in adding the aircraft to its collection of MiG planes made in 1950s, the ministry said.