Albanians celebrate founding of the country in 1912 under leadership of national hero, Ismail Qemal Bej. 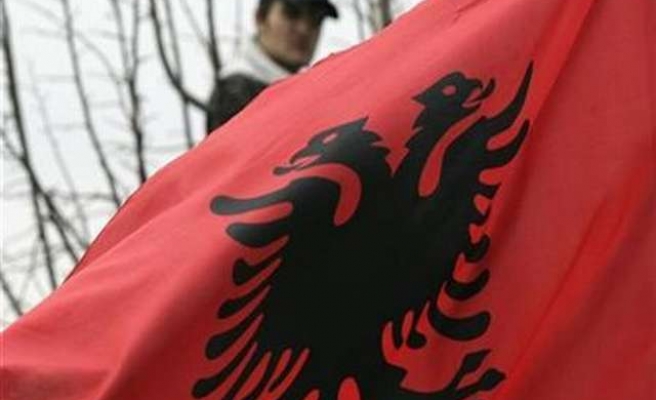 Albanians on Friday celebrated the "Day of Flag," the anniversary of 102 years of independence in Vlora city, which is also known as the city of independence.

Vlora Square was filled with citizens from across Albania and decorated with red and black colors and Albanian flags. Albanians also laid wreaths at the monument of independence.

Vlora was the first city to raise the Albanian flag on Nov. 28, 1912, under Albanian leader Ismail Qemal Bej, who is also the founder of independent Albania.

The ceremony of flag raising was attended by President Bujar Nishani, Prime Minister Edi Rama, Parliament Speaker Ilir Meta and many more officials from the cabinet.

But the "Day of Flag" was not only celebrated in Vlora, but also in the capital of Kosovo, Pristina and the capital of Albania, Tirana, where streets were decorated with black and red colors and many Albanian flags. Also state institutions organized a series of events for the day.