Weather forecasters said rain was expected later on Sunday in Serbia and temperatures would drop. 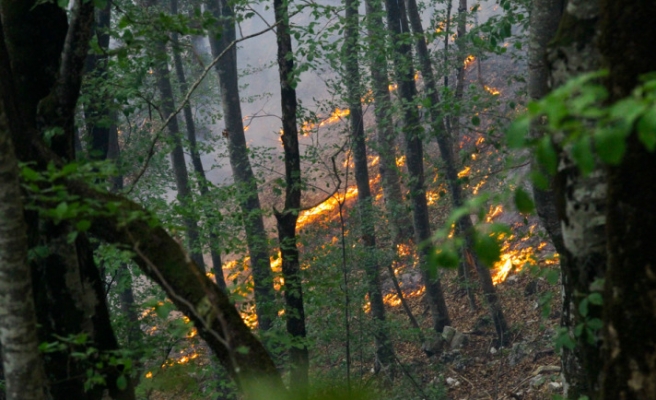 Hundreds of soldiers, police and firefighters kept back wildfires threatening villages in southwestern Serbia on Sunday and a forecast of rain promised some respite for the scorching, drought-hit western Balkans.

Emergency services, backed by the army and Russian aircraft, managed to contain fires near the town of Cacak that had forced some villagers to flee.

But fires continued to rage in other parts of Serbia and neighbouring Bosnia and Macedonia, sweeping through forest and farmland dried to a crisp by temperatures that have soared above 40 degrees Celsius (104 Fahrenheit).

"The fires near Cacak are contained. We'll remain vigilant here but we've turned our attention now to the (western) Tara mountain where the situation is critical," Predrag Maric, head of the Serbian Interior Ministry's Emergencies Department, told Reuters.

Russia sent a Beriev Be-200, with a capacity of 12 tonnes of water, on Saturday and an Ilyushin 76 able to carry 42 tonnes on Sunday to aid Serbia's over-stretched emergency services.

Weather forecasters said rain was expected later on Sunday in Serbia and temperatures would drop.

"We can still hold out, but it'll be difficult if it continues a few more days," Defence Minister Aleksandar Vucic told reporters in Belgrade.

A number of houses went up in flames but no serious casualties have been reported. The government said it would provide aid for the areas hardest hit.

"We are ready to provide food for the people and fodder for cattle as well as apartments for people who had to flee," said Infrastructure Minister Velimir Ilic.

"We are urging people not to try to douse the fires on their own without firefighters," he said, though some villagers said they had little choice.

"Three of us have been battling the flames all day," said Kruna Zivkovic in the village of Vidova near Cacak. "Our house is threatened and the authorities are nowhere to be seen all day."