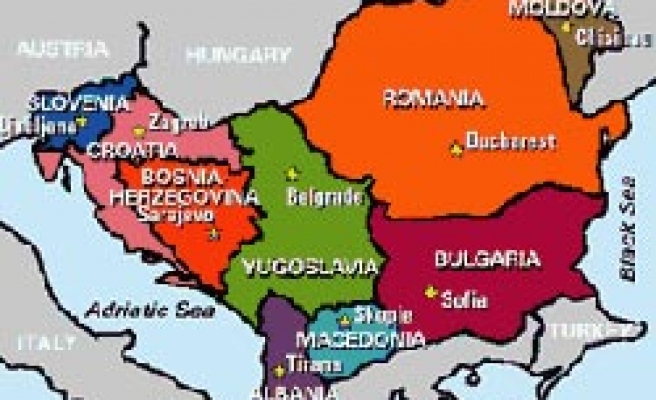 Officials from the Balkan region will meet on Thursday in New York to discuss the initiative to form the "Balkan six group" or "G6".

The initiative was raised by the Montenegro Foreign Minister Igor Luksic who proposed that Albania, Bosnia and Herzegovina, Kosovo, Macedonia, Serbia and Montenegro could be a part of the G6.

Bosnian Foreign Minister Zlatko Lagumdzija sees this initiative as a new way for cooperation in the region.

"We can never have enough of cooperation. This is not an attempt to construct a new state. It is just not true and nobody wants to do that. I believe it is a new initiative that can be successful in some very concrete projects, like infrastructure, strengthening of the EU capacities, etc. However, the time will show what will happen," Lagumdzija said adding that the Balkan group should include also Croatia, Slovenia, Turkey, Romania.

"I see this as a very practical initiative that should rely on some concrete projects. If we can approach together the EU, get some funds in relation to traffic connections in the region, or similar, the initiative is something we can support," Lagumdzija told AA.

"We had Yugoslavia once, and it fell apart in a bloodshed," Maloku said. "The only creature the Balkans country should unite about is the EU. G6 is not something Kosovo or Albania, or Albanians from the region need."

Similar opinion was expressed by the former Croatian president and the last president of Yugoslavia Stipe Mesic.

"Anything that looks even similar to Yugoslavia, cannot be succesful. As a political inititive, this can not work. But, if the initiative is about economic cooperation, or cooperation to bring closer the region to the EU, the exchange information and coopertation in that sense, the initiative can be useful for the entire region and any country that can be a part of it," Mesic said.

A member of the Council for the European integration of Serbia Dijana Vukmanovic commented on the initiative for the media.

"This inititative by Mr. Luksic is not something new. Recently we heard the idea about, so called, pan Balkan union. But we had a very painful experience just recently, conflicts, tensions and the people could see this entire idea as initiative to form new Yugoslavia, and that will kill the idea," Vukmanovic told.