Slovenia and Croatia say that no refugees wishing to transit towards other countries would be allowed to enter; Serbia indicates it would follow suit 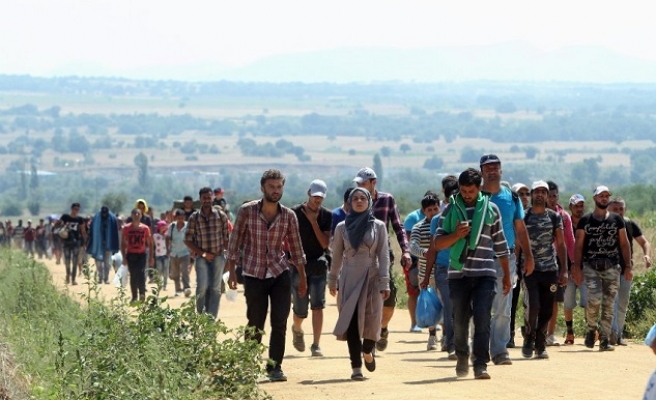 The Balkan trail from Greece to northern Europe used by floods of refugees was blocked Wednesday after a string of nations slammed shut their borders, hiking pressure on the EU and Turkey to nail down a "game-changing" grand bargain.

Slovenia and Croatia, two of the countries along the well-trodden route, said late Tuesday that no refugees wishing to transit towards other countries would be allowed to enter. Serbia indicated it would follow suit.

EU member Slovenia said that from midnight (2300 GMT), the only exceptions were for people wishing to claim asylum in the country or for refugees "on humanitarian grounds and in accordance with the rules of the Schengen zone".

The measures follow Austria's decision in February to cap the number of refugees passing through its territory, and Foreign Minister Sebastian Kurz late Tuesday welcomed the news.

"This is putting into effect what is correct, and that is the end of the 'waving through' (of refugees) which attracted so many refugees last year and was the wrong approach," Kurz told public television.

"As Europe we must help Greece but we have to make sure that arriving in (the Greek island of) Lesbos doesn't mean a ticket to Germany," he said.

In Greece, however, the tightening of border restrictions in recent weeks sparked by Austria's move has created a bottleneck at the border with Macedonia where more than 13,000 people were stranded, according to state agency ANA.

There was no official reaction from Athens to Slovenia and Croatia's moves but a Greek government source told AFP on Wednesday that it now considered borders through the Balkans as "de facto closed".

The authorities were trying "to convince the refugees that are stuck to go temporarily to welcome centres throughout Greece," the source said.

More than a million people have crossed the Aegean Sea into Greece since the start of 2015, many from Syria, Afghanistan and Iraq and most aiming to reach wealthy Germany, Austria and Scandinavia.

This has caused deep divisions among EU members about how to deal with Europe's worst migration crisis since World War II, and put German Chancellor Angela Merkel under severe pressure domestically over her open-door asylum policy.

Merkel hopes that a mooted deal with Turkey discussed at an EU summit on Monday, and due to be finalised on March 17-18, will be the answer, with Turkey offering to take back all illegal refugees landing on the Greek islands.

In return though, Turkey wants six billion euros ($6.6 billion) in aid, visa-free access for Turkish citizens to Europe's passport-free Schengen zone and a speeding up of Ankara's efforts to join the EU.

European Commission chief Jean-Claude Juncker called the plan a "real game-changer" and insisted it was "legally feasible", but it has sparked concern from UN refugee chief Filippo Grandi and others.

"As a first reaction I'm deeply concerned about any arrangement that would involve the blanket return of anyone from one country to another without spelling out the refugee protection safeguards under international law," Grandi told the European Parliament.

Rights group Amnesty International said the proposal was full of "moral and legal flaws" and along with Human Rights Watch challenged the idea that Turkey was a "safe country" to which refugees could return.