Rivers swollen by heavy rains burst their banks, killing a woman in Serbia. 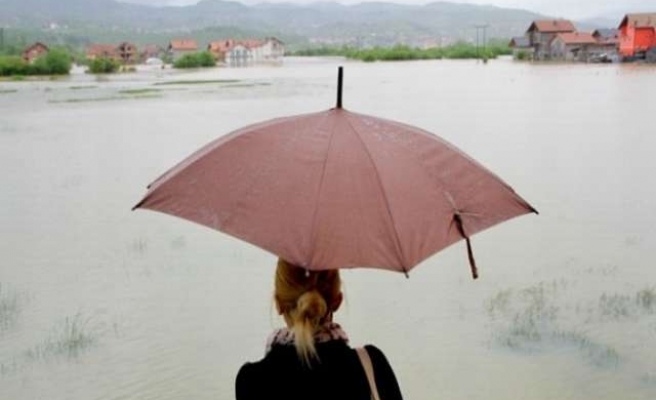 Thousands of people have been evacuated from low-lying areas of the Balkans after rivers swollen by heavy rains burst their banks.

The floods are threatening lowland in which more than 40 people died in May - the worst recorded floods in the area in 120 years. Around 35,000 people in Bosnia and 25,000 in Serbia were also evacuated from their homes.

Vinko Prizmic, the head of Croatia's mountain rescue service, told the Anadolu Agency that rescue teams are preparing for a worst-case scenario.

He stated that the water level of the Kupa river, a tributary of the Sava - which forms a natural border between north-west Croatia and southeast Slovenia - has risen about an inch per hour, the river bursting its banks in some areas, flooding houses and cars parked nearby.

Croatian Minister of Internal Affairs Ranko Ostojic said "around 700 troops from the Croatian Army had been helping locals to build protective dams along riversides."

According to a Serbian police announcement, 370 people have been evacuated from areas of high risk after an old woman drowned in a flood in the country's east.

The country’s ministry of internal affairs said in the announcement that it has alerted mountain rescue services, specialized water rescue and police to the risk.