Balkans war: The story that will never die

Here she recalls her experiences covering the war in Bosnia, the worst conflict in Europe since World War II. 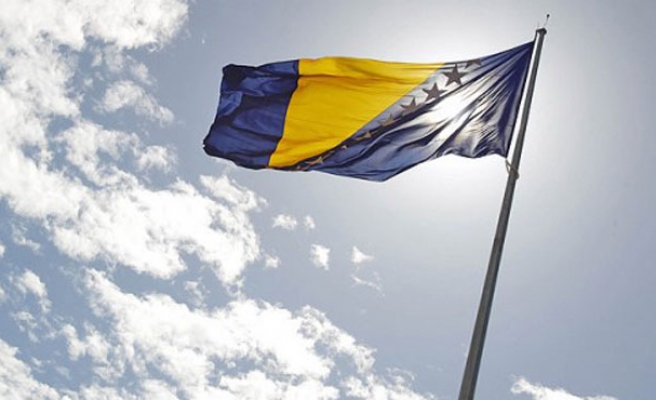 In the more than two decades since the end of the wars in the former Yugoslavia, AFP correspondent Sonia Bakaric says the painful memories of covering the conflict have never left her, receding to the back of her mind with the passage of time.

But they have resurfaced with the verdict against Ratko Mladic, the "Butcher of the Balkans," who was found guilty of genocide by the International Criminal Tribunal for the former Yugoslavia in The Hague.

- 'Safe zone' no more -
In the summer of 1995 concerns were growing over the enclave of Srebrenica in northeastern Bosnia, which was surrounded by troops loyal to the general Mladic, the Serb "Napoleon" who had gained a reputation for ruthlessness over the course of the wars between the former republics of Yugoslavia.

The spectre of a major massacre occurring at Srebrenica was growing. I still remember the embarrassed faces of UN spokespeople as I pressed them to say if there would be aerial strikes against Serb positions to break their siege. Or if at least a corridor would be opened to allow the civilian population to escape.

The spokespeople were always evasive. Wanting to scream at the inaction of the so-called civilised world, I realised once again that no news story or photo would change the course of the war in Bosnia after more than 40 months.

As reporters, we worked tirelessly to expose what was happening on the ground. But has our reporting managed to save a single life? I remember photographers telling me that they could no longer cover this war, saying they were engaging in a "pornography of death" that didn't seem to interest anyone in the outside world.

Srebrenica had been declared a UN "safe zone" in 1993, under the protection of UN "Dutchbat" soldiers. But they retreated in the face of the Serb assault on the enclave two years later. Abandoned, the town fell without resistance on July 11.

I remember televised images of Mladic, surrounded by his men, walking through the streets of the town. Leaning over to tap the cheeks of a petrified child, the image of a kindly grandfather reassuring a kid for the benefit of the cameras. Then another, as he discusses "corridors" and protection for the civilian population. Then him offering farewell presents to the "Dutchbat" troops. In a surreal moment, Dutch commander Thom Karremans asks a smiling Mladic, who ignores him, if the gifts are meant for his wife in The Hague.

In the following days, some 8,000 Muslim men and boys, separated from their mothers, wives and children, would be executed by Serb forces in those warm summer days.

A few days after Srebrenica's fall, the "Dutchbat" arrived at Zagreb airport, on their way home. I still see their stern faces, with dark circles under their eyes. Many were chain-smoking on the tarmac. Still in shock, they were impatient to get back to their homes, almost 2,000 kilometres away, after having been humiliated by the Serbs. They would take with them one of the darkest chapters in the history of the Bosnian war. The blue helmets were easy targets for the dogs of war in Bosnia and Croatia.

It's poignant then that it was in The Hague that Ratko Mladic was judged for his deeds.

- 'Constant state of worry' -
It was hard to breathe that summer, with temperatures above 38 degrees Celsius. The war in Bosnia was in its fourth year. My daily routine consisted of countless briefings at the headquarters of the UN force in Yugoslavia, the UNPROFOR.

A French national of Bosniak-Croatian origin, I was just 20 years old when I got my job with AFP. I worked for seven and a half years in the Zagreb bureau.

We were bombarded by ferocious propaganda from the three camps of the Bosnian war -- the Croats, the Serbs and the Muslims, known as Bosniaks. In such conditions, it was vital to work with other sources. The work of getting testimony from witnesses was depressing and traumatising. At times you had to travel for days to get to a place where you could talk to a source in a besieged area. The work was draining, both physically and emotionally.

The conflict affected me personally. I lost members of my family and friends. Others disappeared, as if swallowed up by the night. Still others preferred to flee to other sides of the world in order not to be killed or not to have killed. Childhood friends were wounded.

The telephones didn't work well. The mail wasn't much better. I lived in a constant state of worry for people I loved. I was terrified by the thought of dying from a shell in a familiar place.

There were no mobile phones at the time, or internet, or social media. We worked with archaic portable computers, the Tandy. Today you can throw a satellite phone into your backpack. Back then, they were rare and weighed several dozen kilos. At times you had to drive for kilometres and cross borders in order to find a telephone and dictate your stories before heading back.

Competition between journalists was ferocious, but on the ground, we were a team. Security was rudimentary at best. Sometimes it boiled down to fashioning the letters "TV" with tape on cars in the hope this would spare us from being mistaken for a target.

I could see the fear on colleagues' faces. Some, the older ones, advised me to leave, saying I was "too cute" for a war zone. Others taught me everything about journalism.

The "ethnic appearance" of local journalists like me was a handicap. There was no question of crossing "enemy" checkpoints.

I learned the hard way that it was an illusion to think that you'd be safe riding around with other colleagues. Once I was stopped at a Serb checkpoint, where the soldiers threatened to kill me for "espionage." The only reason I made it out of there was thanks to the tenacity of a BBC journalist, Richard Carruthers, and the intervention of a Serbian professor, who had risen in the political hierarchy during the war. After that, I decided not to tempt fate.

- Page after page of grim testimony -
I had never written a word about my life during this time. It has taken me more than 20 years to do so. But I have kept notebooks of notes. Page after page of testimony from victims and witnesses, of the countless massacres, ethnic cleansing, lives shattered, childhoods turned asunder by exodus, families separated. Wives crying over their husbands, mothers who lived for nothing else than to just find the remains of their children, executed in the forests, so pretty and so near but inaccessible because of the mines. The women raped, the women who said they were raped (because in times of war, lying can sometimes be the only way to survive). Men and teens broken by the conflict.

The list is endless. This story will never end for me, who was born in the former Yugoslavia and who covered the war up close. I keep it inside me.

- 'Not even an egg to eat' -
The fall of Srebrenica marked a turning point in the war. A few weeks later, with help from the United States, the Croatian army took control of Krajina, Croatian territory that had been under Serb control. This allowed the liberation of Bihac in northeastern Bosnia, which had been encircled by Mladic's troops for nearly three years. We arrived on the spot the day before. In the city, there wasn't an egg to be found to eat. We were on edge after having spent hours blocked at Bosniak checkpoints, with military planes flying overhead. I remember laundry flapping on a clothesline, family photos scattered in the yard of an abandoned house, the windows and doors of which had been removed. There wasn't a human soul in sight.

A few metres away lay several decapitated horse carcases in a field filled with wildflowers. The body of an old woman, wearing simple clothes including a beige hand-knit sweater typical of the region, covered by a blanket. A plastic bag covered her face and I didn't dare lift it.

Nearby, Bosniak soldiers were posing with chainsaws in hand, before cutting up sheep. Their laughter sent a chill down my spine.

The waiter at a restaurant of a rundown hotel, beside himself with joy at finally having customers, served, to our horror, the head of a sheep. None of us dared touch it.

The next day I woke up to horse hooves pulling carts on the pavement and went to the site of the first mass grave uncovered in Bosnia. I knew that the operation to recapture territories was a dirty affair, but I didn't expect to again see bodies of civilians on the roads.

Driving from Bihac to Krasulje, about 100 kilometres away, I was struck by the magnificent scenery -- the thick forests, the multitude of rivers at the foot of mountains. To ease the stress we listen to Bruce Springsteen in the car -- "Streets of Philadelphia, The River." I couldn't get my head around how one could commit crimes amid such beauty.

In Krasulje, doctors were already at work at the place where Bosniaks were buried after their execution by Serb forces at the start of the war.

I saw a pair of girls' shoes, its patent leather still visible in parts. I tried to imagine the last moments of this child's life, who died at an age when one shouldn't. The vision of those shoes haunted me for years.

- Fearsome no more -
The war has been finished for nearly a generation. There are people in the former Yugoslavia for whom it is ancient history. The youth of Serbia, Croatia and Bosnia are tired of conflicts. They are looking to the future. But for the victims, the need for justice is alive as ever.

When I look at Mladic in the dock at The Hague, I see an old, sick man who is nearly delirious when he declares that he is "Ratko Mladic." His name, which I have written so many times in my stories, no longer strikes fear in me.

I never ran across him during the war. If I had, I no doubt would not have lived to tell of the encounter because of my background. The man who destroyed Bosnia, made the UN tremble by taking its forces as hostages, who intimidated international envoys, he is no longer invincible. Justice, the years and ill health finally caught up with him. Abandoned by those he once galvanised, he was extradited to The Hague after 16 years.

He has nerve to say that in his eyes, he had "done his duty" with his campaigns of destruction and "ethnic cleansing," a phrase that I can't support anymore. No doubt he dreamed of a Greater Serbia, an ethnically pure state. A dream that turned him into a war criminal.

During the war, I helped many people -- Serb, Croat, Bosniak -- but I could do nothing for my maternal family. My grandparents, descendants of a long line of Croatians in Bosnia, including some who served in the Austro-Hungarian court, died during the war, of exhaustion and ill health.

My last story from the war was the hardest.

I was working on a story of parents identifying their children as victims of the conflict. A Croat father was refusing to admit that his son had been killed, even though forensic doctors had several signs to the contrary. "No, it's not my son, that day he lent his sneakers to a friend, so it's not him." A doctor finally showed him a skull that still had some black hair attached to it. The father caressed the hair, said it was his child and broke down. It took me three days to write my story.