Belgrade and Pristina's officials without agreement in Brussels

No agreement reached after first round of talks since Serbia started accession talks with European Union. 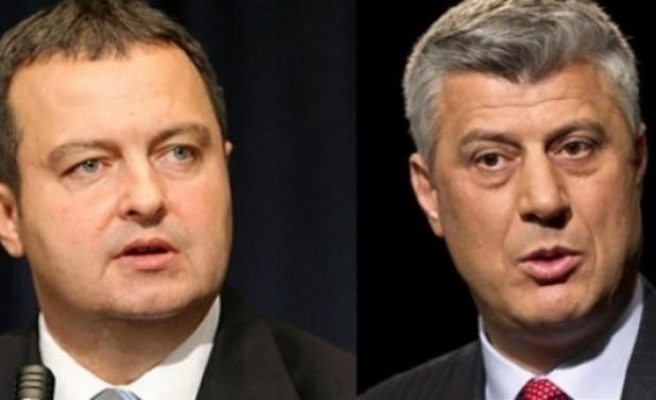 Serbia and Kosovo's prime ministers failed to reach an agreement on the possibility of forming a community of Serbian municipalities in Kosovo's north, when the pair met in Brussels on Monday to start a new round of EU-mediated negotiation talks.
Serbian PM Ivica Dacic and his Kosovan counterpart Hashim Thaci met in the presence of EU High Representative for Foreign Affairs and Security Policy Catherine Ashton.

Serbian media reported that the prime ministers did not reach any agreement on key issues.

"We could not reach any agreement and there are significant differences in attitudes," said Dacic, according to Kosovan media.

This was the first round of dialogue between Serbia and Kosovo since Serbia started EU accession talks last Tuesday.

Serbs want to form a community of municipalities in Kosovo's north, where they form the majority of the population, but the topic has been the cause of long-term disputes between the two nations.

An agreement on the normalization of relations meant that local elections held in Kosovo in October 2013 took place throughout the entire territory, including the north, for the first time.

The two countries signed an EU-mediated contract on the normalization of relations in April last year, which must be fulfilled as a precondition for EU membership.

The talks are scheduled to continue on February 12, after the United Nations Security Council assembly on Kosovo.
Last Mod: 28 Ocak 2014, 12:50
Add Comment