Firefighters in Herzegovina region have been trying to control a blaze around the city of Jablanica. 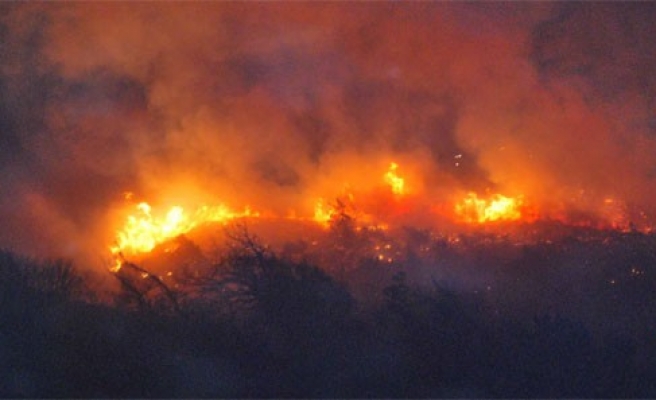 A fire which started five days ago, but spread more on the weekend, is endangering some of the villages around the city of Jablanica.

Firefighters have been trying to control the blaze, but with little success.

The fire started five days ago at Draganjska Mountain near Jablanica, and it started spreading on Friday, Anadolu Agency learned.

“At this moment, the worst situation is near the village Tretisce, but the blaze is coming closer even to some other parts of this region. In Tretisce the fire is very near to houses. The fire is spreading on a very steep area, hard to approach and easy to get out of control," Omer Neziric from Citizen’s Defense Council told Anadolu Agency.

“We have 40 people on the ground, but they work in extremely difficult circumstances. We called military a helicopter for help today, but too much smoke make their activities almost impossible,” Neziri said.

This is the biggest blaze in the region now. Several smaller ones have been registered near Split, Croatia, four days ago.