Abdurrahman Tabakovic, who hails from a town just outside Sarajevo, has officially become the 'country's youngest person' to learn the Quran by heart 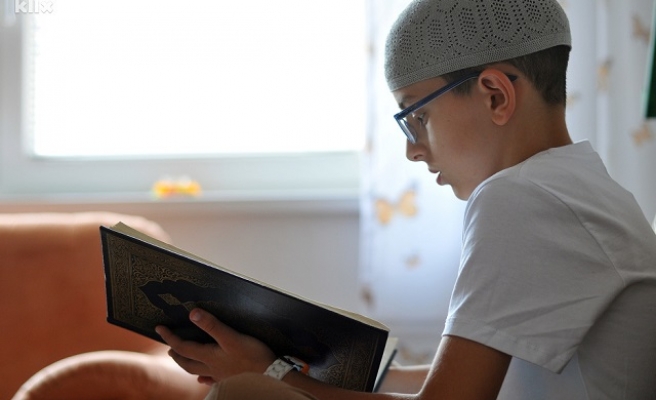 A 10-year-old boy has become the youngest person in Bosnia-Herzegovina to memorize the Quran by heart, earning himself the coveted title of a “Hafiz”.

Abdurrahman Tabakovic, who hails from a town just a few miles outside the Bosnian capital of Sarajevo, officially became the country's youngest Hafiz after clearing an official exam held recently by the local Islamic commission.

According to the father Hamzaliya Tabakovic, his son began reading the Muslim holy book just three years ago and as soon as he realized that the 10-year-old had a talent for memorizing the scripture, he got the child enrolled at a local Quran course.

"My son Abdurahman memorized the first page of the Quran within just three days of the course," the proud father said.

About the difficulties of learning the Quran by heart, the young boy Abdurahman said that one must be prepared to make sacrifices to become a successful Hafiz.

"It takes sacrifices to become a Hafiz. I had a hard time memorizing some parts of the Quran and for that I made sacrifices over some things such as spending less time with my friends," the child said.

Tabakovic, who is still a fifth-grade elementary school student, said that he wished to pursue Islamic studies further in the future.

Hafiz is a coveted title among Muslims, which is used for someone who has completely memorized the Quran. The tradition of learning the Quran by heart dates back to the early days of Islam when it was a way of preserving the true essence and complete message of the religion and its holiest book. Even in this digital age, where storing large amounts of data on memory chips is easy, millions of Muslims around the world continue to learn the Quran by heart and have kept the tradition of becoming a Hafiz alive.