'Eleven people were arrested. They are suspected of terrorism, financing and preparing a terrorist act as well as inciting candidates to go to the battlefields abroad,' police says 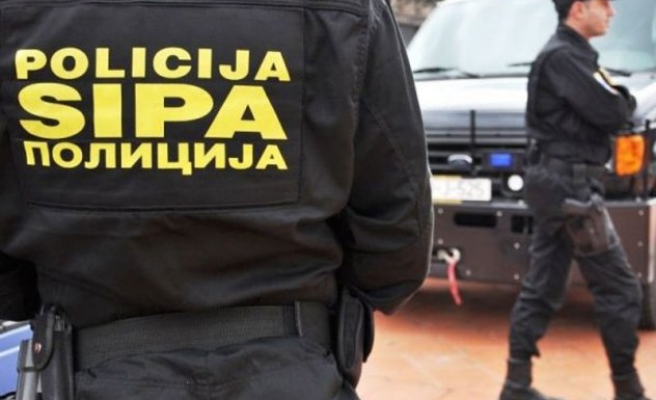 Bosnian police on Tuesday launched an anti-terror raid in the capital Sarajevo and arrested 11 people suspected of having links to the ISIL group, officials said.

"Eleven people were arrested. They are suspected of terrorism, financing and preparing a terrorist act as well as inciting candidates to go to the battlefields abroad," a police spokesman told AFP.

According to state-run FTV television, one of the leaders of Bosnia's movement, Muric Kemal, was among those arrested.

"The objective of this major operation was to track down some 15 people who... are close to radical groups and structures of the ISIL, as well as people who are on the battlefields in Syria or Iraq," national prosecutors in charge of terrorism said in a statement.

Searches were conducted at two places of prayer as well as at several homes used by the suspects, it said.

"Physical evidence of the links with the ISIL group structures were seized."

The operation was conducted in several Sarajevo districts, including in Rajlovac, where two members of Bosnia's armed forces were killed in November in a suspected terror attack by a man who then blew himself up.

Out of some 200 Bosnian nationals who joined extremist groups in Syria and Iraq in 2012 and 2013, at least 26 have died while about 50 have returned to the Balkan country, according to the authorities.

Last year Bosnia adopted a new law providing for jail sentences of up to 20 years for extremists and their recruiters, since when the number leaving for the Middle East appears to have dropped off.

A radical Bosnian Islamic leader was sentenced by a local court in November to seven years in prison for inciting terrorism. Husein Bosnic was found guilty of encouraging his followers to fight alongside extremists in Syria and Iraq.

Around 40 percent of Bosnia's population of 3.8 million people are Muslim, who overwhelmingly follow a moderate form of Islam. The rest of the population are mainly Orthodox and Catholic Christians.