Bosnian police have arrested a former Bosnian Serb police officer suspected of taking part in the massacre of Muslims around Srebrenica in 1995, the state prosecutor said. 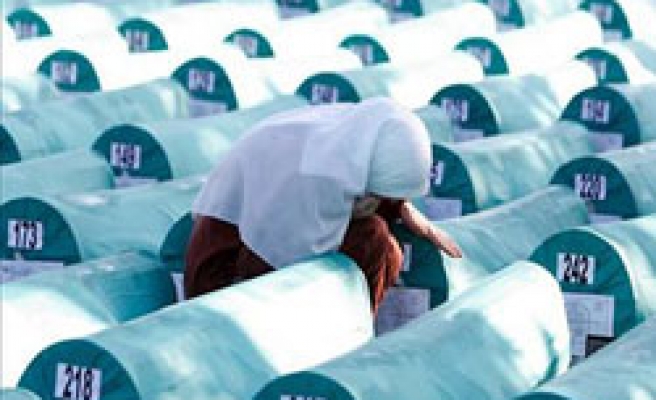 Bosnian police have arrested a former Bosnian Serb police officer suspected of taking part in the massacre of Muslims around Srebrenica in 1995, the state prosecutor said.

Dragan Neskovic, 37, was arrested by the State Protection and Investigation Agency in the northeastern town of Bijeljina on Wednesday, said Boris Grubesic, the spokesman for the state prosecutor's office.

"Neskovic was detained on orders of the state prosecutor on suspicion of genocide over the Srebrenica massacre and will be handed over for a hearing to the prosecutor," Grubesic said.

Victims were shot while trying to escape through woods or seized and taken to places of execution before being buried in mass graves.

The United Nations war crimes tribunal for the former Yugoslavia in The Hague has sentenced 14 Bosnian Serbs for crimes related to the Srebrenica massacre.

The Bosnian war crimes court, set up in Sarajevo in 2005 to relieve the workload of The Hague-based tribunal, has put dozens of Bosnians, most of them Serbs, on trial for the Srebrenica killings. Twelve have been jailed, seven acquitted and 11 are still being tried.

Neskovic is expected to be dealt with by the Sarajevo court.

The Srebrenica massacre is among the indictments against Bosnian Serb wartime leader Radovan Karadzic, whose trial is in progress in The Hague, and against his fugitive army chief Ratko Mladic, believed by prosecutors to be hiding in Serbia.