Bosnia-Herzegovina's Minister of Defense, Muhamed Ibrahimovic said, that the Bosnian Armed Forces and local organizations did not have sufficient capacity to fight against forest fires. 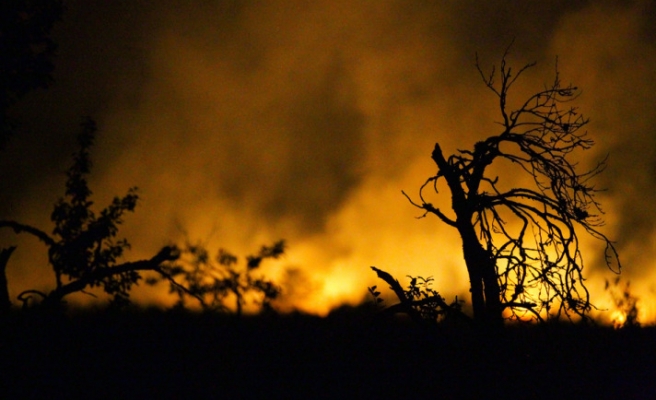 Bosnia-Herzegovina's Minister of Security Sadik Ahmetovic on Friday said that they officially requested Turkey to help them extinguish forest fires in various parts of the country.

Speaking to the Anadolu Agency (AA), Ahmetovic said that the capacities of local fire fighters were not sufficient to deal with forest fires in several Bosnian cities, including Mostar and Srebrenitsa.

"Forest fires continue dramatically. I had a chance to speak with Turkish Ambassador in Sarajevo Ahmet Yildiz on early Friday. We have filed an official request with Turkey to facilitate their assistance in extinguishing our forest fires," Ahmetovic indicated.

"We need a special type of fuel for the fire fighting plane that Turkey would send. We are in the process of searching the fuel," Ahmetovic also said.

On Thursday, Bosnia-Herzegovina's Minister of Defense, Muhamed Ibrahimovic had told the AA that the Bosnian Armed Forces and local organizations did not have sufficient capacity to fight against forest fires.