Leaders of the Bosniaks, the largest ethnic group, have launched a major push to convince fellow citizens of the importance of ticking the "Bosniak" box. 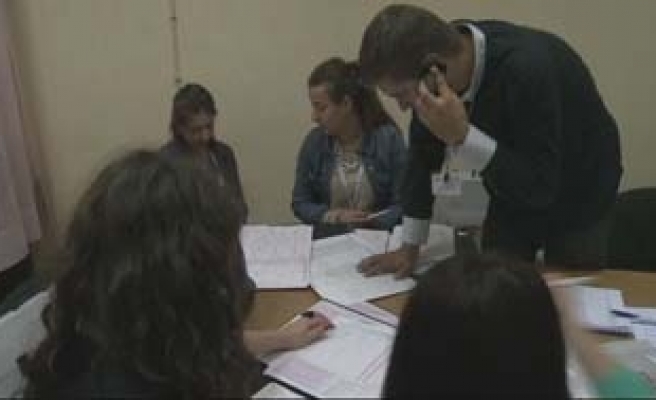 Bosnia on Tuesday began a high-stakes census expected to reveal exactly how the 1992-95 war changed the country's ethnic makeup.

"For the first time in 22 years we will get a complete image of Bosnia-Hercegovina's population," the head of the country's statistics bureau Zdenko Milinovic told AFP.

Bosnia was the most ethnically diverse of the six republics that made up the former Yugoslavia, which collapsed in a series of 1990s wars.

But half the population was displaced during the war between Croats, Muslims and Serbs. Around 100,000 people were killed.

For months now political and religious leaders of the three groups have been urging their respective communities to declare their ethnicity in the census, which runs to October 15.

"It has become a top political issue, with most political and religious groups seeing it not as a statistical matter, but rather a question of life or death," political analyst Tanja Topic told AFP.

The first results are due out 90 days after the end of the two-week census.

The 1995 Dayton peace agreement introduced a political system in which Muslims -- known as Bosniaks -- along with Serbs and Croats are the Balkan country's "constituent peoples" and the only ones with access to top jobs.

Bosnia's constitution, imposed by the Dayton agreement, gives the three "constituent" peoples the same level of political power regardless of their number.

For Bosnia's Croats and Serbs, there is no dilemma about their ethnic affiliation.

But leaders of the Bosniaks, the largest ethnic group, have launched a major push to convince fellow citizens of the importance of ticking the "Bosniak" box.

They fear that while some Bosnian Muslims will declare themselves as Bosniaks, others will call themselves Muslims or simply Bosnians -- which they believe could lead to their share of jobs and representation being diluted.

"Us Bosniaks, we will say that we are Bosniaks!" read a front-page headline in the influential Dnevni Avaz daily, quoting a message by Bosnia's Grand Mufti Husein Kavazovic.

Meanwhile, a multi-ethnic movement Jednakost (Equality) has been campaigning to urge people to reject "ethnic pigeonholing".

While Croats and Serbs see neighbouring Croatia and Serbia as their motherlands respectively, a number of Bosnian Muslims support the idea of a 'Bosnian' nation.

"In the former Yugoslavia, I was declaring myself Yugoslav. Now, I would say that I'm Bosnian, meaning a citizen of Bosnia without an ethnic affiliation, and of Muslim faith," said Kemal Besic, a 57-year-old unemployed worker from Sarajevo.

Eldar Kapetanovic will declare himself simply as Bosnian, meaning he will be counted as a member of the minorities that do not have access to top state and legislative posts.

"This will be my resistance to this stupidity when people are judged upon their ethnicity and not upon their competences.

"Actually, maybe we should declare ourselves simply as 'Normal'," the 34-year-old IT expert said.

Not everyone shares that view, however.

"The idea of a Bosnia with equal citizens is very nice, but it is an utopia today. It will be possible maybe in next three or four generations," Sanin Babic, a 35-year-old businessman, told AFP.

European countries generally hold a census every 10 years, but Bosnia's has been repeatedly postponed due to disagreement between leaders of the three ethnic groups.

A lack of data has hampered the development of economic, demographic and social strategies and prevented authorities from providing reliable per-capita economic data, needed for assessing the population's purchasing power or education level.