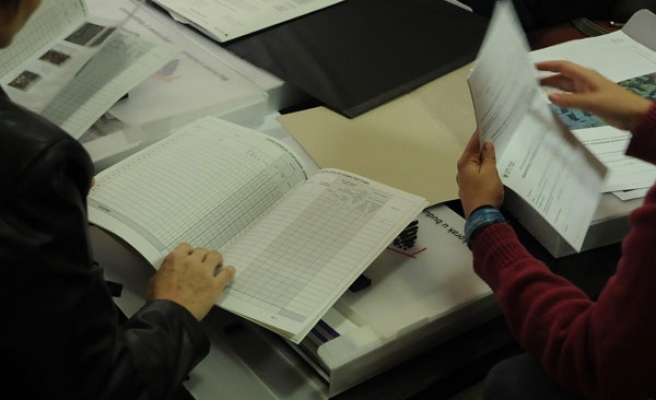 Bosnia launched its first census as an independent state on Tuesday, a politically charged event that has revived ethnic rifts and could shake the delicate power-sharing system that helped end the country's 1992-95 war.

The 15-day survey, the first in 22 years, should give the most detailed snapshot yet of the enduring upheaval of the war, in which some 100,000 people were killed and 2 million were driven from their homes.

The results will provide data vital for efficient economic planning and for Bosnia's ambition to join the European Union.

But preparations have been marred by tension between leaders of Bosnia's former warring sides - Serbs, Croats and Bosniaks (Bosnian Muslims) - who each fear being weakened in the system of ethnic quotas set by the 1995 Dayton peace accord.

The Dayton deal created an unwieldy form of government which stopped the war but which has stifled development.

The last census was in 1991, on the eve of Yugoslavia's collapse, when 43.5 percent of Bosnia's then 4.4 million people declared themselves as Muslims, 31.2 percent as Serbs and 17.4 percent as Croats.

More than 5 percent said they were "Yugoslav", identifying with the socialist federation of six republics since consigned to the history books.

In campaigning that has resembled an election more than a census, political and religious leaders have called on their constituents and congregations to declare their ethnicity and faith as a matter of national duty.

"Our religion is Islam," Muslim clerics across Bosnia read in a message delivered during Friday prayers. "In the census, we shall say we are Bosniaks and our language is Bosnian."

The 1995 peace accord defined Bosnia's Serbs, Croats and Bosniaks as its "constituent peoples", splitting territory and power between them at the expense of everyone else - Jews, Roma and the children of mixed marriages who refused to pick a side and who are excluded from public sector job quotas.

Loosely defined as 'Others', they could shift the balance of power in Bosnia if enough people eschew the dominant ethnic and religious labels in the census, piling pressure on leaders to change the constitution in line with a ruling of the European Court of Human Rights that declared it discriminatory.

Bosnia's failure to act on the court's ruling has blocked its application to join the EU, which neighbouringCroatia joined in July. Results of the census are due in mid-January.

You can read Elif Zaim's analysis on this census here