More than 10,000 people, including around 1,600 children, were killed in the Bosnian capital during the 43-month siege by the Bosnian Serb forces. 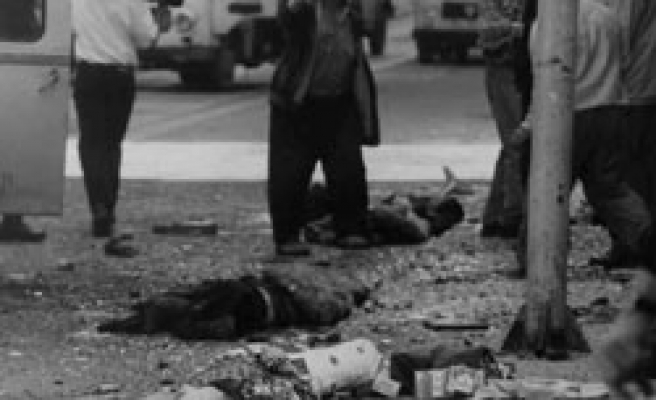 Bosnia's state prosecution indicted a Serb ex-policeman on Thursday for crimes against civilians, including children, committed in the Sarajevo area during the country's 1992-95 war.

More than 10,000 people, including around 1,600 children, were killed in the Bosnian capital during the 43-month siege by the Bosnian Serb forces.

Srpko Pastivuk, 47, was a member of a Bosnian Serb special police unit in the Sarajevo neighbourhood of Ilijas. He was arrested earlier this month in the northeastern town of Bijeljina.

Pastivuk is suspected of having taken part "in the attack on civilians which resulted in the death and severe bodily injuries to civilians, some of whom were minors", which occurred in May and June 1992, the prosecutor's office said in a statement.

He also is charged with "unlawful deprivation of liberty and imprisonment of Muslim civilians, who were subsequently taken to other camps and detention facilities", it added.

Bosnian Serb Radovan Karadzic and his military chief Ratko Mladic are charged with genocide over the siege of Sarajevo and the 1995 Srebrenica massacre of around 8,000 Muslim men and boys, Europe's worst atrocity since World War Two.

Mladic remains at large 15 years after the indictment while Karadzic is on trial before the international war crimes tribunal in The Hague. He denies all charges.

Bosnia's war crimes court was set up in 2005 to primarily take off the load from the Hague-based tribunal, allowing it to focus on high-level cases.