A joint prayer for the five men and the burial will be held later on Monday in Zenica. A day of national mourning was declared in Bosnia's autonomous Bosniak-Croat Federation 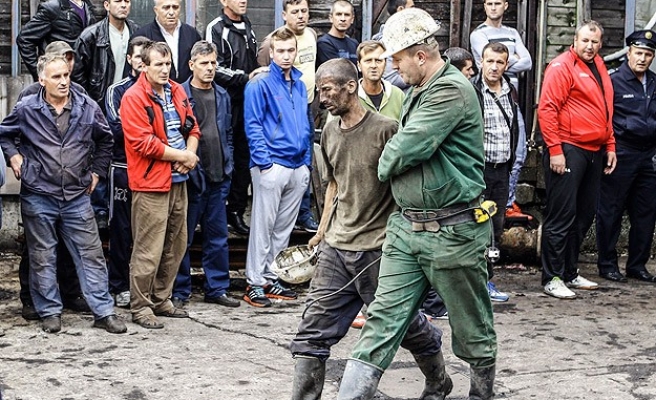 Thousands of Bosnians paid their last respects on Monday to five miners killed after an earthquake triggered a collapse at the Raspotocje mine and trapped 34 miners 500 metres below the surface.

In the third serious mining accident this year, a 3.5-magnitude earthquake near the central town of Zenica on Thursday caused rocks in the mine to burst, spewing out rubble that sealed off the miners in an underground passage.

Emergency teams reached the body of the last victim on Sunday night, after digging for 80 hours through tight underground corridors filled with methane.

Miners in working outfits and helmets carried the green-draped coffins of their colleagues for an Islamic prayer led by Bosnia's chief mufti at Zenica's main square.

"Just a few days ago we were celebrating his new job, and now we are burying him," said Damir Bradarac, who attended the funeral of his cousin Hajrudin Bradarac, who was killed at the mine four days after he started work there.

A day of national mourning was declared in Bosnia's autonomous Bosniak-Croat Federation, where the mine is located.

The Raspotocje mine produces coal for Bosnia's largest power utility, EPBiH, and employs 430 miners. Experts say it is the most dangerous of all Bosnian mines because of frequent rock bursts caused by tremors at its deep underground pits.

Thirty-nine miners died in a rock burst at the mine in 1982.

"Our miners can no longer work at such depths," said Sinan Husic, the head of the Federation miners union, who said he would seek new funds to improve safety at the mine.

The mine had been among the best equipped in the area before the collapse of Yugoslavia in the 1990s, but was damaged in the Bosnian war and has not been substantially upgraded since.

Some of the miners who survived the Thursday's accident said they feared to return to work at the same pit.

"I am scared. Each day flashbacks are ever more terrible," said Edmir Camdzic, 33, who sustained injuries to the neck and head in the accident. "I still cannot think about what to do next, whether I'll return to work or not."