The prosecutor's office said the arrests were carried out in the area of the western town of Prijedor and described the case as one of the most complex it has pursued since the war. 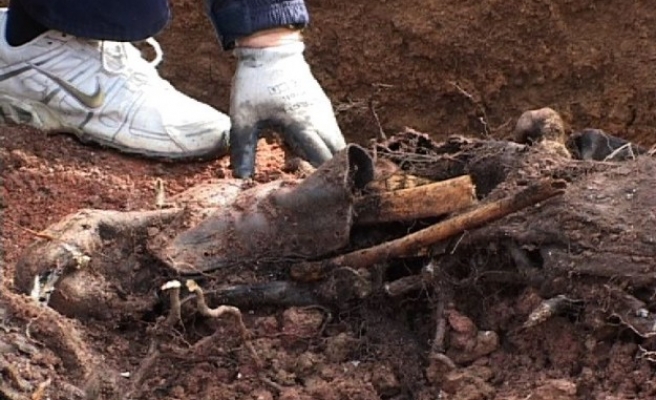 Bosnian police on Monday arrested 12 Bosnian Serbs suspected of crimes against humanity over an attack early in the country's 1992-95 war in which 150 Muslim Bosniaks, including women and children, were killed and their bodies dumped in mass graves.

The prosecutor's office said the arrests were carried out in the area of the western town of Prijedor and described the case as one of the most complex it has pursued since the war.

An estimated 100,000 people are believed to have been killed in the war, the large majority of them Bosniaks.

"They are charged with murders, torture, rapes, as well as with looting and destroying the property of Bosniaks in the village of Zecovi as part of a bid to drive the Bosniaks from the village," the prosecutor's office said in a statement.

The bodies of more than 150 victims of the attack were unearthed last year from the Tomasica mass grave near Prijedor. The grave is believed to hold the remains of around 1,000 victims, making it the largest discovered since the war.

"The suspects are subject of an investigation into murders of 29 women and children from Zecovi, whose bodies were thrown into a mass grave the authorities are still searching," the statement said.

The prosecutor's office said international warrants over the same crimes will be issued against three suspects who reside outside Bosnia, while one other individual, serving a sentence in a local prison for other offenses, will be handed over to the prosecutor later in the day.

The Hague-based United Nations war crimes tribunal has sentenced 16 Bosnian Serbs to a total of 230 years in prison for atrocities in the Prijedor area.