'Bosnia is one of our most important partners,' says Serbian PM 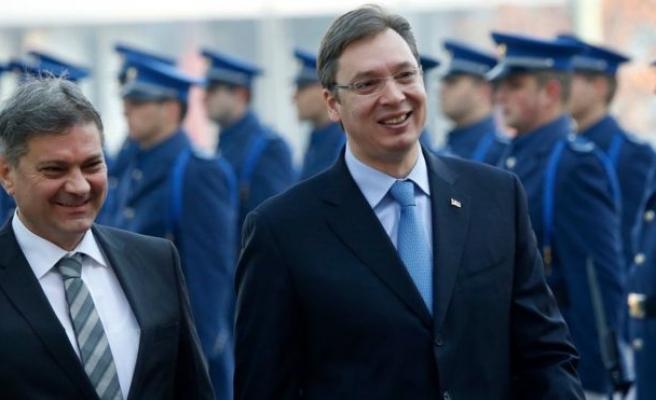 Bosnia-Herzegovina and Serbia organized a joint Ministerial Committee for the first time on Wednesday.

The committee was held in the Bosnian capital Sarajevo and was attended by Serbian Prime Minister Aleksandar Vucic and his Bosnian counterpart Denis Zvizdic as well as ministers of the both countries.

"Bosnia is one of our most important partners. We are expecting our relationship with Bosnia to become the best business partners," said Vucic at a joint press conference.

Serbian Prime Minister Aleksandar Vucic also addressed statements on Monday made by Merkel, who warned that closing borders within Europe could lead to military conflict in the Balkans.

"If Germany closed its border to Austria it could result in military conflict. The fence built by Hungary on its border with Serbia will build up fault lines between the states in the Balkan region," said Merkel.

"I believe the statements have good intentions," said Vucic. "Of course, the situation in the Western Balkans in terms of political tensions is not pink. Europe is in the panic of migrants, Serbia is not, and we can say that it's not as bad as certain media say."