Bosnia should show resolve for reforms on road to EU

Smooth implementation of election results will be taken into account by EU, says statement by top officials 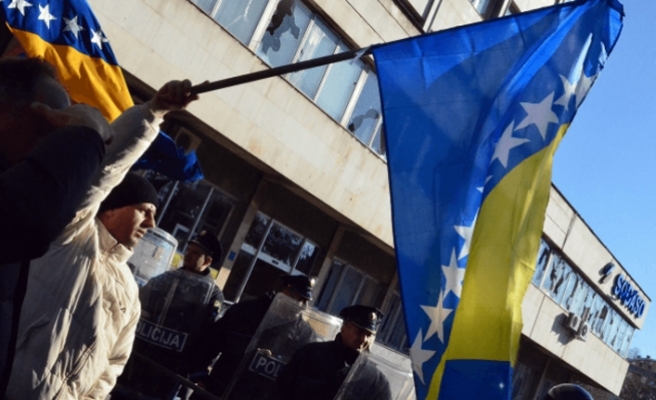 In Sunday’s elections, Bosnia and Herzegovina’s citizens spoke to those who would lead them through numerous challenges ahead on the road to the European Union, said two top EU leaders on Monday.

"We expect all political leaders to engage in the formation of power at all levels by working together in a constructive manner and in the interests of citizens,” said EU foreign policy chief Federica Mogherini and Enlargement Commissioner Johannes Hahn in a joint statement.

The smooth implementation of election results will be taken into account in the European Commission's forthcoming opinion on Bosnia and its efforts to join the EU, added the statement.

The officials also said when Bosnia-Herzegovina applied for membership in 2016, it accepted the obligation to respect EU values and immediate implementation of decisions and reforms.

"The new mandate can be an opportunity for political leaders to show, not only to the EU, but primarily to their citizens, a renewed determination to move forward with all reforms on the road to the EU. We fully support Bosnia, its citizens and institutions," said the statement.

With over 84 percent of votes tallied from Sunday’s general elections, two seats in the country’s tripartite presidency have clear winners, with a claim of victory in the third.

There are three members of the nation’s presidency -- one Serb, one Bosniak, and one Croat -- with a rotating chairmanship.

Milorad Dodik from the Alliance of Independent Social Democrats (SNSD) declared victory for the Serb seat with 53.8 percent of the votes tallied.

With 51.5 percent of the vote, incumbent Zeljko Komsic from the Democratic Front (DF) is set to serve a third four-year term.

With 37.1 percent of the vote, Sefik Dzaferovic, the candidate of the Party of Democratic Action (SDA), claimed he is leading for the Muslim Bosniak seat.