Pair detained by police on suspicion of carrying out crimes against humanity. 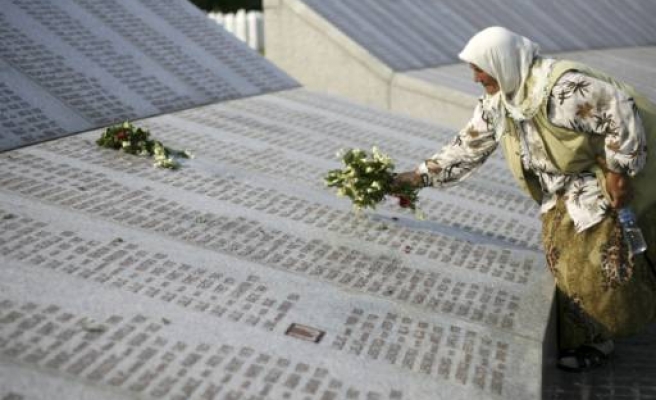 World Bulletin / News Desk
Two people have been detained on suspicion of carrying out crimes against humanity in the northern city Bihac and the capital of Bosnia and Herzegovina, Sarajevo.

The two men, referred to by police as M.J., born in 1968, and S.V., born in 1966, were detained by officers from the State Investigation and Protection Agency, or SIPA, on suspicion of committing war crimes against civilians in the Livno area in 1992.

The pair are to be questioned at the Prosecutor's Office after an official criminal investigation by SIPA is concluded.

The move came after SIPA detained four people in the northern Bosnia on Dec. 23 where numerous war crimes were carried out against Bosniaks during the 1992-95 Bosnian war.

Since the end of the conflict, hundreds of Bosniak families are continuing to search for missing people among the large numbers of civilians who were killed and thrown into mass graves around the country.

A total of 8,400 people still remain missing after the war, according to the Institute for Missing Persons in Bosnia and Herzegovina.